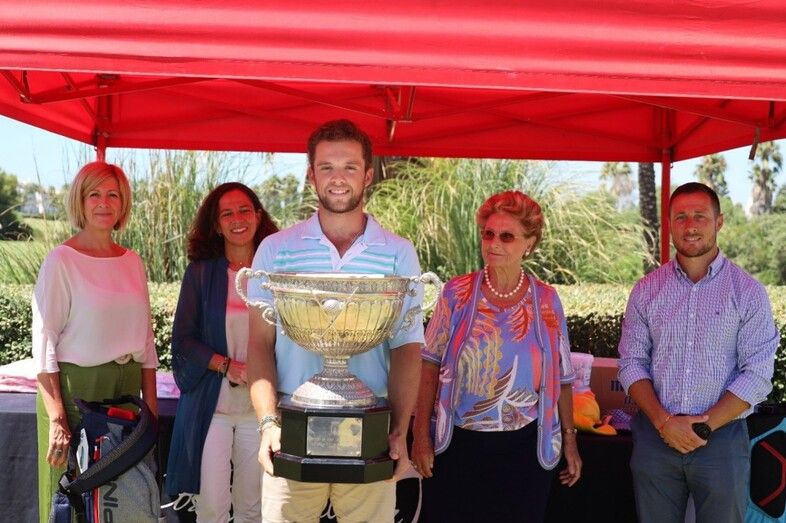 This Thursday, August 18, the 26th edition of the Villa de Rota-Mahou Golf Trophy was held at the Costa Ballena Rota golf course, an event organi

This Thursday, August 18, the 26th edition of the Villa de Rota-Mahou Golf Trophy was held at the Costa Ballena Rota golf course, an event organized by Costa Ballena Ocean Golf Club with the collaboration of the Rota City Council, through of the Sports Delegation, and the sponsorship of the Mahou company.

The event enjoyed great participation success, bringing together more than a hundred players, something that places this trophy as a long-awaited event for the most competitive amateur golfers, due, among other things, to the fact that the tournament includes the ‘ Medal’ or ‘Stroke Play’, classic modality of professional competitions.

The Municipal Sports Delegate, José Antonio Medina, and the Tourism Promotion Delegate, Esther García Fuentes, participated in the awards ceremony for this veteran trophy, along with the president of the Costa Ballena Golf Club, Beatriz de Orleáns-Borbón, and Lola Ruiz, director of Costa Ballena Golf Club.
Thus, the XXVI ‘Villa de Rota’ Trophy awarded the prize to the Scratch champion to Santiago Álvarez Ceballos. In addition, in the 1st indistinct category up to 12.4 the first classified was Pablo Ridao Ceballos, followed by Miguel Ángel Sancho Alpañes and Junto Sancho Alpañes; while in the 2nd indistinct category from 12.5 the first place went to José Manuel Salinero Morales, the second to Alejandro de la Hoz de Miguel and the third to Manuel Alcón Díaz.

Added to all these awards was Best Lady, which went to Eva Domínguez Matin, Best Senior to Pilar de Hoyos Maroto, and Best Under 18 to Carmen Habela Escribano.