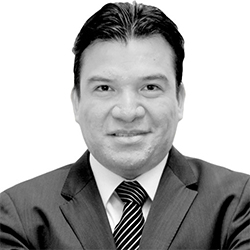 “The defeats go deep, but this defeat serves a lot to learn. We have to get up as quickly as possible." Andres LilliniPumas, faithful to

“The defeats go deep, but this defeat serves a lot to learn. We have to get up as quickly as possible.” Andres Lillini

Pumas, faithful to its custom, once again stayed on the edge of transcending and being able to break a streak of not obtaining an international title in more than thirty years. And although for many of his most ardent followers the idea of ​​having reached a final with such a limited squad is comforting, the reality is that for a team that is said on paper to be great, it cannot and should not transcend such a limited idea. .

Although it is true that those of Lillini reached an instance that they never imagined, it is also true that it is a resounding failure. No team that is said to be great can console itself with the idea that with the limitation of its squad –and because of this circumstance– they could not obtain the Cup. This fallacy is insulting even to its own squad of players, discrediting its quality and seriousness with which they were able to face game by game to reach this stage.

Nowhere in the world have I heard that Real Madrid, Barcelona, ​​Manchester United, Juventus or any team that claims to be great justifies itself by saying that its elimination is decent and gratifying and that if it hadn’t been for their squad they would have been able to lift a trophy.

Pumas lives a very sui generis reality where results of great media power obtained with great pride and epic comebacks, have made them live an authentic fallacy to not notice that the Pedregal team has not won anything in more than a decade and that in more thirty years have not transcended internationally.

Is this scenario that of a large team?

The biggest fallacy of Mexican soccer has a first and last name, it is latent and sharp and although many of its most ardent fans live overlapping a team that belongs to one of the most prestigious institutions in Latin America, it is also true that sportingly it has stopped contributing , to cling to a bi-championship that already has some cobwebs and the idea of ​​providing a large number of star players thanks to its great quarry, which until a couple of years ago was of little consequence.

UNAM deserves a team with grit and pride, but also one that knows what its role is in sporting terms and that lands a project that can be self-critical to give it back not a sense of false greatness, but of humility and work that was extremely striking. For decades this team was –if we can call it that– the second team for which the fans sympathized and empathized with many followers thanks to its mystique and an idea that projected courage and grit to fight game by game, without calling themselves great or wanting to equate with the true powers of our football, on the contrary showing that with work and a good structure you could go further than anyone but without the arrogance that abounds in Ciudad Universitaria today.

So Pumas once again stayed on the shore and once again the sense of self-criticism is very quiet, almost like the meow of a little kitten.

Tags: Man Utd, Criminal Stain, Andres Lillini
Where to buy tickets for the Bruce Springsteen concert in Barcelona 2023: prices and world tour
THAT’S WHY I WAS NOT BEFORE THE HEADLINE BSC: Dorregaray would go to Arab football
Guayas Football Association elected the board until 2026
FOOTBALL 2780

Loading...
Newer Post
Bivol came to boxing “fault” by Jackie Chan and Van Damme
Older Post
The world of football holds its head for the goodbye of Ronaldo Nazario