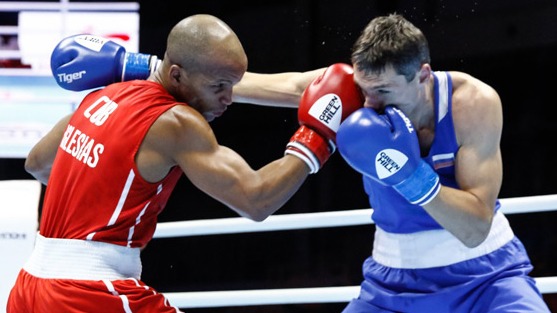 The Cuban team that will compete in the Boxing World Cup in Belgrade, Serbia, has been reduced to eight, after four members of the team were inf

The Cuban team that will compete in the Boxing World Cup in Belgrade, Serbia, has been reduced to eight, after four members of the team were infected with coronavirus. They are Yosbany Veitía (54kg), Dainier Peró (+ 92kg), Damián Arce (51kg) and Billy Rodríguez (48kg), reports the official sports publication Jit.

The competition will take place from October 24 to November 6. The direction of that sport on the island reported that the casualties will cause five divisions in which there will be no Cuban representatives, because days ago Arlen López (81kg) caused a loss as a result of the decline in his sporting form.

The group continues to be led by Roniel Iglesias (71kg), Julio César La Cruz (92kg) and Andy Cruz (63kg), and also maintains in its ranks the three-time leader of the world Lázaro Álvarez (60kg), who seals the highest ranking quartet.

It is completed with Osvel Caballero (57kg), Kevin Brown (67kg), Yoenlis Feliciano Hernández (75kg) and Herich Ruiz (86kg), who will travel to Uzbekistan to cover a preparation base that will allow him to anticipate his reunion with opponents of other styles.