Covid-19: The football PCR laboratory doubled its sales in Spain in the first year of the pandemic | companies 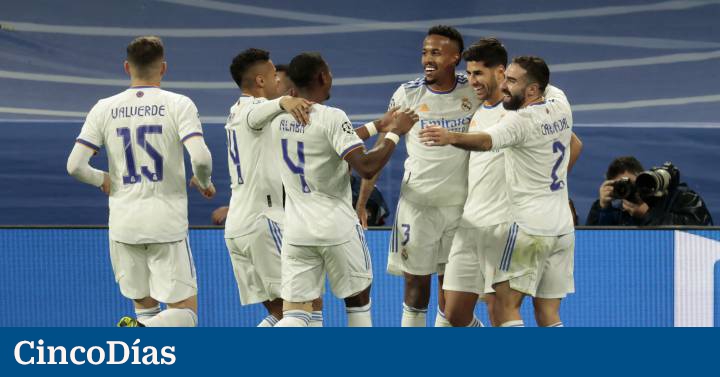 One of the companies benefiting from the business that arose from the Covid-19 health crisis is the German Synlab, a diagnostic laboratory, which

One of the companies benefiting from the business that arose from the Covid-19 health crisis is the German Synlab, a diagnostic laboratory, which doubled its income in Spain in the first year of the pandemic, in 2020, and generated profits of almost 28 million of euros.

This company is specialized in performing various tests to detect SARS-CoV-2, both antigen and PCR. In fact, the name of the company shone in 2020 due to the agreements to test players in competitions such as LaLiga, the ACB and the UEFA Champions League. In the 2020/21 season, it carried out more than 160,000 PCR tests in UEFA competitions, of which it is the official supplier.

The laboratory improved its results in Spain by 90.8%, to 178.4 million, according to the latest accounts recently presented by the company in the Mercantile Registry.

The company itself reports in its accounts that due to the appearance of the pandemic, the health system focused its efforts on the diagnosis and treatment of Covid-19, to the detriment of conventional health activity. “In this environment, carrying out diagnostic tests mainly in the private sphere has led to an increase in the volume of operations of the company during the year”, reflects the Spanish subsidiary of the German group. And he acknowledges that this business improved thanks to the formalization of various contracts with various entities to carry out tests, although without citing clients, such as LaLiga and the ACB. As in the rest of the economy, the increase in Synlab’s activity was gradual and came with the lack of confidence, since we must remember the scarcity of these tests at the start of the pandemic.

However, the laboratory explains that precisely due to the health crisis, certain traditional business lines reduced their activity, for which the company applied an ERTE to 315 employees between April and June. That year, the workforce grew by 3.75%, to 1,242 workers.

The increase in business caused, in turn, the company’s profit to skyrocket. If in 2019 it had closed with losses of 8.3 million, the following year the profit reached 28.3 million, the highest since 2008, according to Insight View.

Globally, the company had a turnover of 2,600 million in 2020. It is present in 36 countries and has 20,000 employees. Last January, the Munich-based multinational took part in the purchase of the Valencian company Sistemas Genómicos.

Loading...
Newer Post
Ana Carrasco, close to the Moto3 World Championship
Older Post
Video: This is how the Aston Martin and AlphaTauri engines sound for 2022 Formula 1