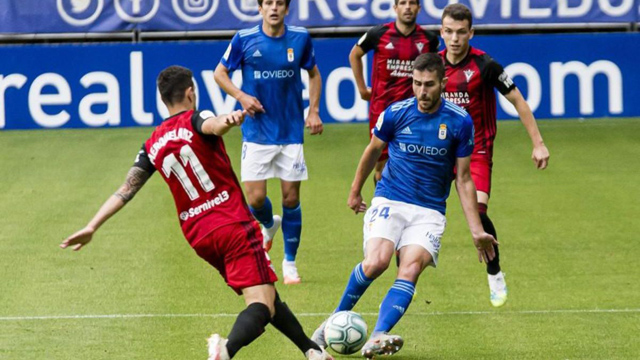 Tuesday, 6 September 2022, 09:17 The Francisco de Vitoria University carried out a study on the relationship between Covid-19

The Francisco de Vitoria University carried out a study on the relationship between Covid-19 and injuries. It concludes that soccer players who had this disease were injured more than before suffering from the virus, especially during games.

The work has been developed by the researcher David Varillas-Delgado, from the ufvthanks to funding granted by the MAPFRE Foundation and the Ignacio H. de Larramendi Foundation. An analysis of the situation of a LaLiga Smartbank team, the second division of Spanish professional football, has been carried out.

26 footballers from the first team have participated voluntarily and have had the collaboration of doctors Maestro and Revuelta, in charge of providing the number of injuries that occurred during the 2020/2021 season, the first that occurred in full in a pandemic situation, and without any of the players having yet received any of the doses of the different vaccines against Covid-19.

The objective of the researchers was to prospectively analyze the incidence and characteristics of injuries in male professional soccer players diagnosed with Covid-19 once they return to play after recovering from this disease. Of those 26 chosen players, 14 (53.8%) tested positive for coronavirus at some point. Of them, only 3 (21.4%) had had an injury before testing positive. Subsequently, 11 (78.6%) were injured. A trend that demonstrated what until then had been a simple hypothesis.

The results have shed much light on the controversy generated by the impact of the disease on sports injuries. The merit of this report has been to demonstrate that, indeed, the disease has had a lot to do with how decimated the squads have been during the season in a pandemic period, affecting the performance of soccer teams, both due to contagion and subsequent injuries.

This investigation has been pioneering and historic for many reasons, not only for having confirmed something that was only a simple suspicion without data to support it: After having gone through Covid-19, more injuries occur. This can be caused by the break itself, by having greater muscle weakness, by lack of physical adaptation after suffering from the virus or even by the loss of cardiopulmonary capacity due to the disease.

The authors unquestionably find that the incidence of injuries in professional soccer players who had been infected with the SARS-CoV-2 virus was significantly increased compared to the injury rates these same players had prior to illness. As if that were not enough, those same injury incidence data explain that the number was also higher compared to players who were not infected by the virus during that same season. Another conclusion is that Covid-19 does not influence the part of the body or the muscle group that is injured and that is also a very relevant finding.

Looking to the future, Varillas considers it important “to check whether the loss of virulence of subsequent strains of SARS-CoV-2 with many asymptomatic cases, as well as the vaccination schedule followed by soccer players during the 2021/2022 season, has shown influence on the decrease in this incidence of injuries in players who have suffered from Covid-19”.

Esequiel Barco, one step away from returning to Argentine football: The midfielder is very close to finalizing his arrival at River
Edgar dies from a ball in a football game
Xavi could say goodbye to Qatari football against Pep Guardiola’s former team | sports
FOOTBALL 3664

Loading...
Newer Post
The historic record that Fernando Alonso will break at the Monza Grand Prix
Older Post
Granada hosts these days the presentation of the Solheim Golf Cup