Creamfields Chile November 2022 | When does the ticket sale start? | Where to buy tickets? 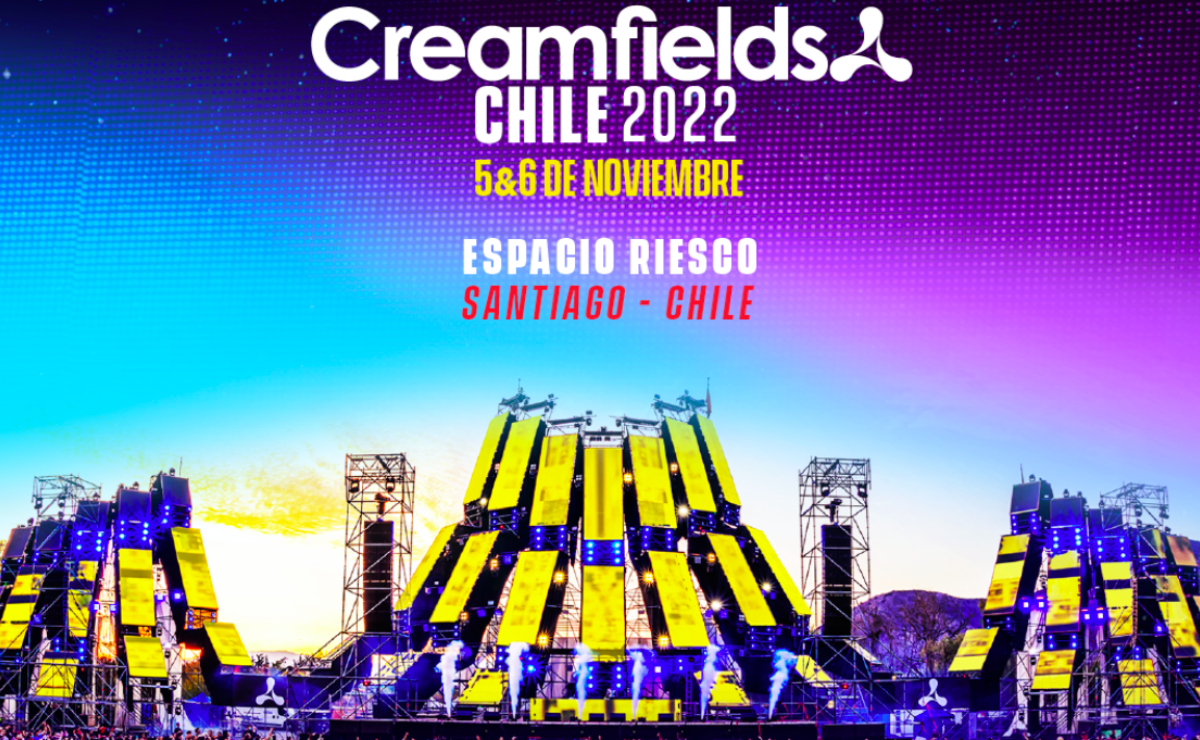 MUSICThe electronic event will have a second version this year, after the one that already took place at the beginning of April.By sebastian medina

Creamfields Chile November 2022 | When does the ticket sale start? | Where to buy tickets?

The electronic event will have a second version this year, after the one that already took place at the beginning of April.

© Street MachineThe organizers of Creamfields Chile still keep the mystery of the artists that will come for their next version.

One of the most recognized electronic music events in the world returns to Chile for its respective annual version: Creamfields Chile will take place in November and ticket sales for the event are about to start now.

Counting 16 years of existence, the show has opened a space in the grid of shows in Latin America and now it returns to reconnect with the Chileans in two days that still keep the artists of its grid in mystery.

The most recent version of the festival was on April 9, when more than 35,000 people gathered, confirming the potential of its validity, especially after three years in which its realization was prevented.

Creamfields Chile 2022 | When and where will the festival be?

The new version of Creafields Chileand the second this year, will be lived the next November 5 and 6in Riesco Space.

The line up of artists will be announced soon.

Creamfields Chile 2022 | When does ticket sales start? Where to buy tickets?

Ticket sales for Creamfields Chile this will depart tuesday april 26from 12:00 noon.

In this first stage, only the purchase of Early Bird tickets will be enabled for the two days, with tickets between $78,000 and the $280,000.

Loading...
Newer Post
Mark Zuckerberg in the UFC? Impress McGregor with his MMA skills
Older Post
The only person who has his Walk of Fame star on the wall