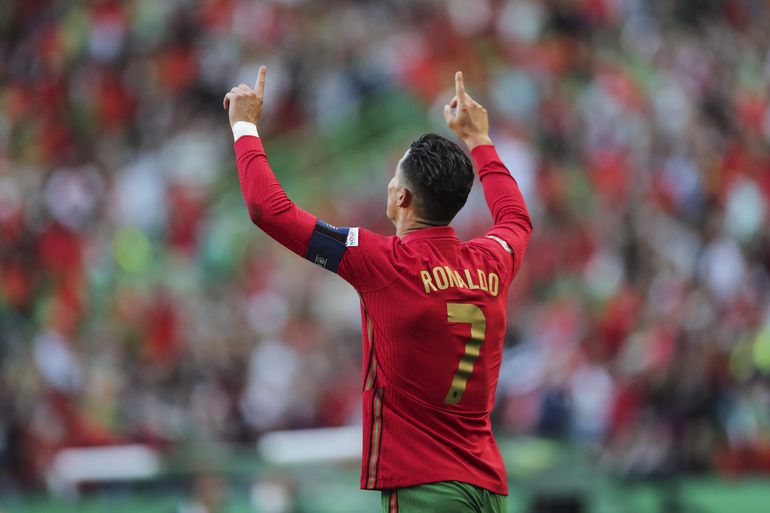 Substitute against Spain in the first match of the League of Nations, Cristiano returned to the eleven with force. He didn't let the chance slip a

Substitute against Spain in the first match of the League of Nations, Cristiano returned to the eleven with force. He didn’t let the chance slip away from him and showed that he is still fit. He scores goals like churros, they fall out of his pockets and probably will until he retires. The goal is in his DNA and, on this occasion, Switzerland was punished by Cristiano’s hunger.

In the first half, he provoked his team’s first goal with a good free-kick whose rebound was taken advantage of by William Carvalho; then he scored the second and the third and missed a very clear shot that could have been the fourth; and, already in the second act, they annulled a goal for Diogo Jota’s previous offside.

His figures are a scandal. He increased his number of goals with the national team to 117 and continues to lead the scorers in the history of national team football. Of course, Messi closed the gap with the five he scored against Estonia this Sunday, although he is still far away: he has 86 after beating Puskas in the standings.

That individual improvement of Cristiano after five games with wet gunpowder was due, in part, to the changes of his coach, Fernando Santos, who hit the key after the irregular game against Spain that ended in a draw (1-1) .

Like Switzerland, who lost to the Czech Republic 2-1, Portugal made six changes. On the one hand, Kobel, Mbabu, Frei, Steffen, Shaqiri and Seferovic appeared. On the other, Rui Patricio, Nuno Mendes, William Carvalho, Diogo Jota, Cristiano Ronaldo and Rubén Neves.

In the first half, Murat Yakin’s men barely missed Rui Patrício’s goal with two long shots from Shaqiri. Before, Seferovic had a goal disallowed by hand. And there was no more. That was it. Portugal did not let Switzerland do anything at all. And, meanwhile, devastated Switzerland.

First, he was successful with William Carvalho’s goal after a quarter of an hour. Cristiano launched a powerful free kick and Kobel, who substituted Sommer for his poor opening game, failed to clear. The Betis midfielder appeared in the area like a freight truck, picked up the rebound and opened the scoring.

Later, Otavio was able to score the second in a well-directed counterattack by William Carvalho, but he made a bad decision at the last moment; then, Otavio himself, in a loan from Cristiano, did not hit the target with a shot inside the area; and, once again, Otavio, also a leading figure, finally got it right with a great assist that Cristiano finished off the goal almost at will.

The second goal even encouraged Pepe, who crashed a header against the crossbar of the goal defended by Kobel. And he also kept Cristiano’s insistence intact, who before the break had time to score the third and miss the fourth after a magnificent pass from Joao Cancelo.

Portugal, in 45 minutes, sentenced the duel. After the break, he hit the brakes and Switzerland was able to breathe. Even so, he had time to score two more goals: one canceled by Cristiano and another by Joao Cancelo who did go up on the scoreboard. There was not much more, the 4-0 was enough for Fernando Santos’ team and the Portuguese team, the day that Cristiano recovered his voracity, he is the leader of group 2 with four points, the same as the Czech Republic.

Incidents: match corresponding to the second day of Group 2 of the League of Nations played at the José Alvalade Stadium in Lisbon before some 45,000 spectators.

Braking on the return of Ansu
Mr. Hirata Reiji visits Miranda to analyze Spanish football
Corinthians ‘turns off’ its social networks due to threats against players | Soccer | Sports
FOOTBALL 2719

Loading...
Newer Post
“I am going to beat the Mexican by knockout and in the first round”
Older Post
Could “Canelo” Alvarez lose his WBC franchise title at the table?