“Cristiano must pray and give thanks for having played with Benzema” 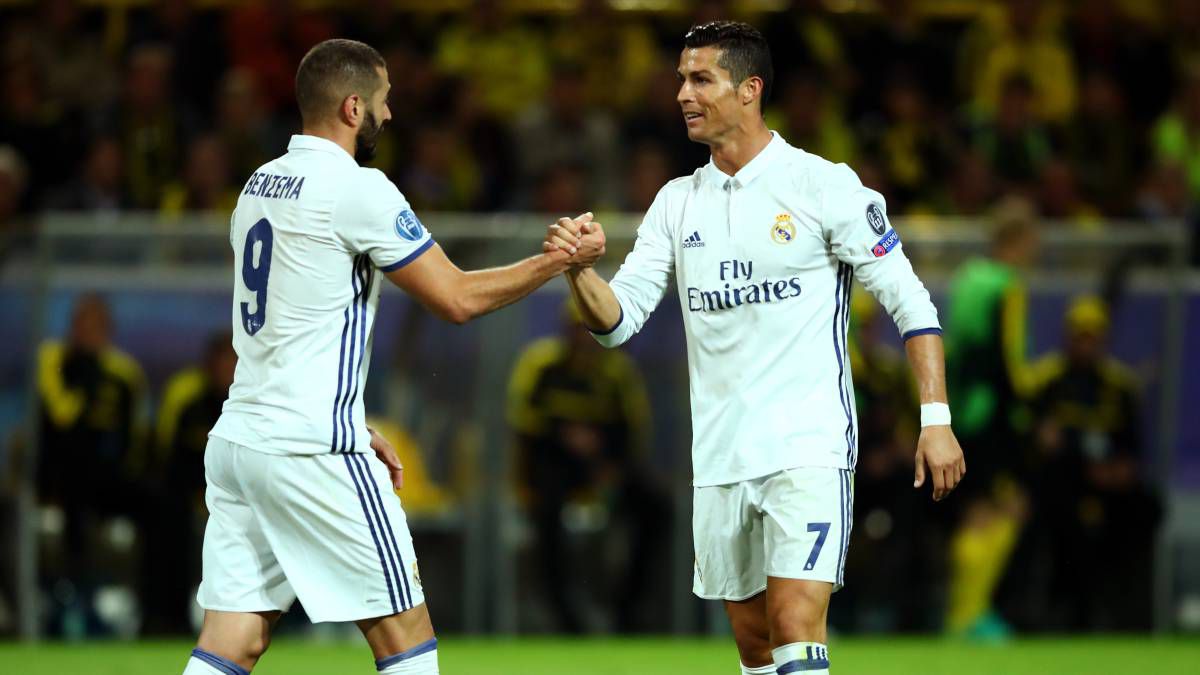 Karim Benzema and Cristiano Ronaldo. Both are already living legends at Real Madrid as part of the team that won the last four Champions Leagues,

Karim Benzema and Cristiano Ronaldo. Both are already living legends at Real Madrid as part of the team that won the last four Champions Leagues, three of them consecutive. The Portuguese decided to seek his destiny far from Madrid, where they arrived together in 2009, and the Frenchman knew how to fill that gap. Always seen as a superstar, but more of a ‘squire’ than 7, now he is the captain as well as leading with goals and attitude on the pitch.

This has unified the opinion about his game, he who polarized so much in previous seasons, and the last to surrender to this evidence has been Antonio Cassano, precisely, a former Real Madrid striker. Someone who held this role before both ends.

“Every day Cristiano has to pray to Benzema and thank him for playing with him. We see it now: Benzema was going 18-20 goals and this year he has 50 goals, between goals and assists. Before he was at the service of Cristiano who scored 50 goals a year. Cristiano is now a different player, even at Juve he was. Benzema is a center forward with Zidane’s feet”, assured the Bari striker on Bobo TV, Vieri’s Twitch channel, comparing the Lyon native with his former coach and also a Real Madrid legend.

Karim Benzema has been increasing his number of cabbages since Cristiano Ronaldo left and has consistently exceeded 25 since the Portuguese closed his stage in white with 30 in 18/19, 27 in 19/20, 30 in 20 /21 and 37 in this season in which it is already the best mark of his career at the scoring level. In addition, if he gives two more goals to his teammates, he will also equal the best record of assists obtained in a campaign, which is the 15 assists on 11/12. The best Benzema to whom the Real Madrid fan and also the world of football are surely ‘praying’ in a unified way.

Loading...
Newer Post
Olympic boxing had a new day of fighting in San Fernando
Older Post
Spurs vs. Mavericks | NBA 2022: Doncic puts the Mavs on alert: injury in the last game of the season and he is a doubt for the Playoffs