Criticism of the monopoly of the Boxing Commission 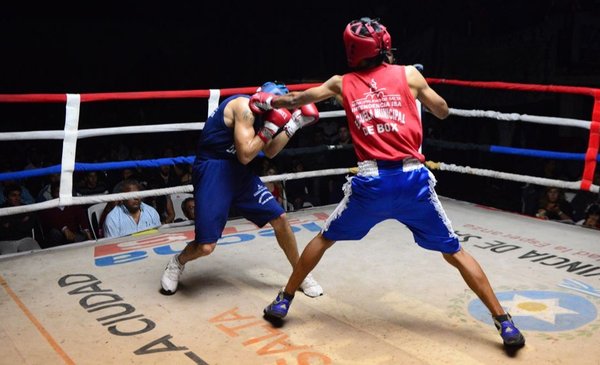 January 18, 2022 – 01:15
Former boxers, figures and representatives from Salta questioned “the obstacles” of the officials in charge of boxing to hold events in the capital.

Salta boxing does not change and is in free fall. What on another occasion was the pride for the lands of Güemes, today, as a result of the notable differences, they leave the discipline on the verge of knockout.
On Friday, a large group of former boxers, figures and representatives of boxing, among whom were Rubén Condorí, Miguel “Puma Arroyo, Pastor “Vaca Mala” Maurín, Carlos “El Potro” Abregú, Lorenzo Tapia, Miguel Aramayo, Martín Bridux , Pablo Martínez, Sebastián Alfaro, Juan Carlos Cejas and Cristian Bravo, among others, harshly questioned the current Municipal Boxing Commission of the capital city.
The permanent refusals and obstacles to carry out any event in the capital area put the “rebel” sectors of Salta boxing to the limit of patience.
Perhaps the freezing of great exponents from which Salta was nurtured on another occasion and who now have no chance of showing the country and the world the potential of Salta, put the sector that is asking for “real” changes on high alert.
After the resignation of Ricardo Moreno at the head of the entity, the darts point directly to the municipal Undersecretary of Sports, Federico Nioi, and to the representative José “Pilo” Yáñez.
“What we are looking for is that the president of the Commission be professional, since the presidents who passed through there were not even able to stop the physical aggressions between the same members, something very deplorable,” they argued.
And in that sense they also repudiated what they consider the monopolization of boxing in the capital. “One of the arguments put forward to reject any fight in Salta was, for example, the alleged holding of a ‘big festival’, which never took place”, they highlighted.
“They argued that Mayor Bettina Romero had given an order that there be no festival until December 17, until the Argentine or South American title is made,” they added.
The problem, according to some representatives, the events are paid for and there are no refunds so far. There are even sectors that even hold fights without promoters and increasingly make boxing in Salta more and more precarious.
“The municipal boxing schools today lack capacity, honesty and respect. And the doors are closed to experienced coaches because if you are not inside a school you cannot fight, “they denounced.
“There have been boys who have been fighting for a long time without even having a medical check-up, something that becomes a danger for the practice,” they concluded.