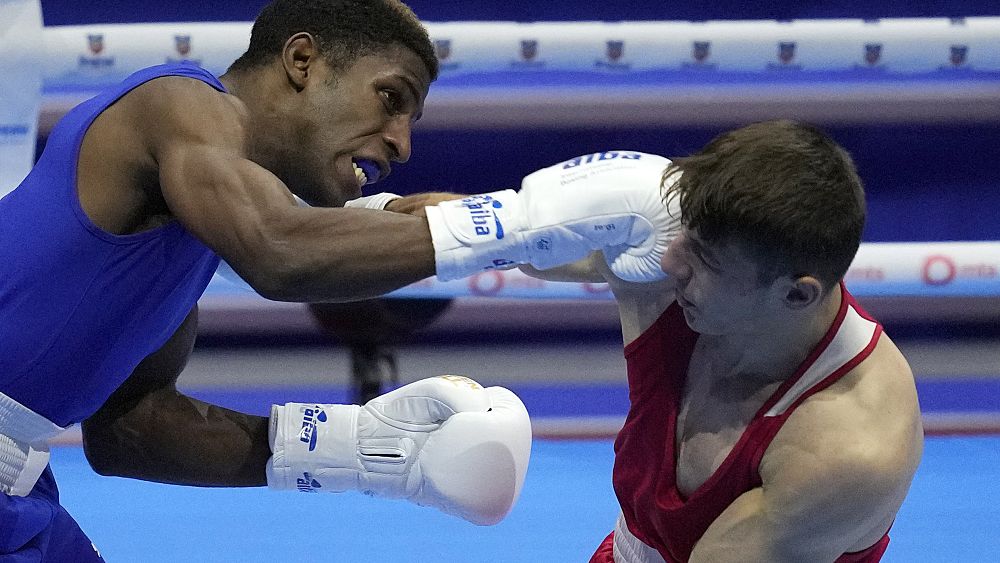 The 2021 AIBA World Boxing Championship for Men, in Belgrade, already has its 13 winners. The Cubans were the ones who accumulated the most success

The 2021 AIBA World Boxing Championship for Men, in Belgrade, already has its 13 winners. The Cubans were the ones who accumulated the most successes, with three gold and two bronze medals, and received the trophy for Best Team.

Japan, Kazakhstan and the United States each took two gold medals, while Azerbaijan, France, the RBF team and Ukraine each took one gold.

Cuban Andy Cruz Gómez, 26, became a three-time world champion by winning the light welterweight category, 63 and a half kilos. He was awarded as the best boxer in the Championship and received the highest award from AIBA, the Val Barker Trophy.

On the other hand, Kazakh Temirtas Zhussupov was crowned in minimum weight and his compatriot Saken Bibossinov in flyweight. The teams from the United States and Japan gave the surprise with two golds each.

But the great victories went to Julio La Cruz, the great man of these World Championships, and his compatriot Andy Cruz Gómez, who will leave with 86,000 euros each.

This money is not only mine: I will share it with my family. I think I’ll manage to spend it wisely and find a good purpose, “explained Gomez.

“I don’t feel like I’m special, I respect everyone and I feel loved,” explained his compatriot Andz Cruz.

In total, 25 nationalities won at least one medal in the main AIBA men’s tournament. For the first time, countries like Albania, Belgium, Iran, Scotland, Serbia or Trinidad and Tobago received medals. For the first time in history, the winners in each category received significant cash prizes, medals and champion belts. The competition has become one of the milestones of the renewed AIBA.

For almost a year, the International Boxing Association implemented reforms under its new leadership. In addition, it has ensured its financial stability and is working to create new scoring systems. The well-being of athletes, coaches and their National Federations has become a priority.

The most important thing is that AIBA becomes one of the most honest, transparent and open organizations in sport, “explained the president of the association, Umar Kremlev.

Kremlev also noted that AIBA has engaged with many independent experts to help ensure good governance and sporting and financial integrity. The AIBA flag passed from Serbia, represented by team captain Vladan Babic, to AIBA Secretary General Istvan Kovacs, who in turn handed it over to the Senior Vice President of the Uzbekistan Boxing Federation, Saken Polatov. The next AIBA World Boxing Championship for Men will take place in 2023 in Tashkent, Uzbekistan.

Tags: Martial Arts, boxing, Serbia
Boxing: Mike Tyson puts a price on his return to boxing at the age of 55: “I ask for 1,000 million!”
Boxing: Avanesyan’s ‘hook-bang’ that scared the referee and resounded throughout Wembley Arena
Cuban boxers will be able to fight professionally for the first time since 1960
BOXING 2637