Cuban boxer Ruiz to the quarterfinals of the World Championship 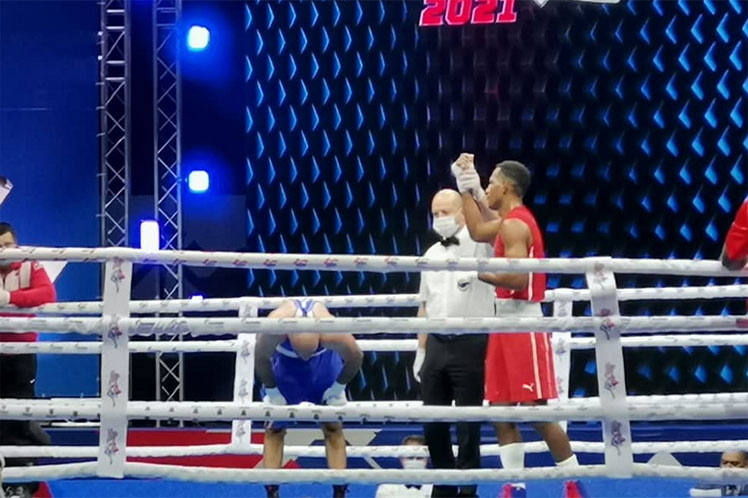 Ruiz, a native of the Isla de la Juventud special municipality, dominated his rival from medium and long distances, with certain combinations t

Ruiz, a native of the Isla de la Juventud special municipality, dominated his rival from medium and long distances, with certain combinations that decreed in his favor the credit of 29-27 of four of the acting judges, while one saw the fight even. 28-28.

This is Ruiz’s second success in the tournament after the one achieved by abandonment in his debut over Serbian Slobodan Jovanovic.

In the quarterfinals the “islander” will face the challenge of the Turkish Burak Aksin, who won 5-0 over the German Alexander Okafor.

After this result, Cuba adds 11 wins and two failures with six men in competition and who will strive to improve the performance in the version of Yekaterinburg, Russia 2019, when they totaled one metal of each color.

Later, the captain and double Olympic starter, Julio César la Cruz, who will cross gloves with the Iranian Toufan Sharifi in his walk towards the conquest of his fifth title in these conflicts, will go out to the ring of the Stark Arena in Belgrade.