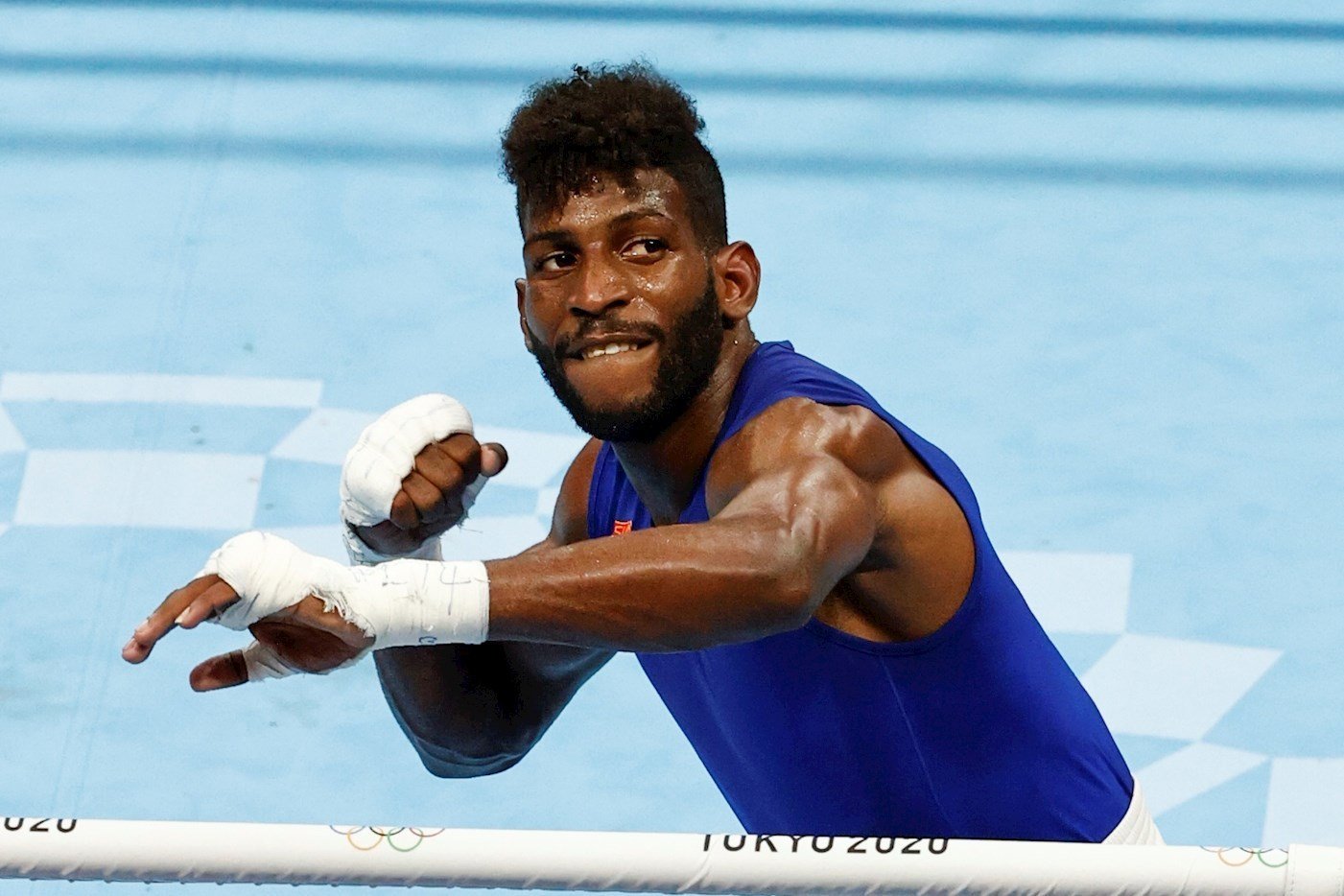 The National Boxing Commission of Cuba reported this Monday on the expulsion from its ranks of multi-champion Andy Cruz, Tokyo Olympic monarch, for

The National Boxing Commission of Cuba reported this Monday on the expulsion from its ranks of multi-champion Andy Cruz, Tokyo Olympic monarch, for his “repeated indiscipline.”

In a note posted on the official site Hitthe entity assured that the measure is the result of “exhaustive analysis” of a disciplinary commission, after a group of “indisciplines” of the boxer from Matanzas, among which he cites “his absence from training prior to the 2022 Playa Girón National Boxing Tournament and the non-intervention in that event”.

“The process from which the aforementioned sanction emerged also took into account his absences and late arrivals at training, absences from his teaching activities, marked by a notable decline in his academic performance, and the way in which he turned his back on commitments. assumed in various meetings organized by the Inder leadership,” the statement adds.

According to the same, “there were multiple spaces for dialogues designed to exchange on these and other breaches, recognized by the athlete himself, the protagonist of a behavior that showed signs of deterioration during the first half of the current year.”

Disciplinary measure applied to boxer Andy Cruz
As a result of exhaustive analysis, his expulsion from the Cuban sports structure has been decided, reports a note from the national commission of this sport. #Cuba #boxing #boxing https://t.co/EyeL6PfMqd pic.twitter.com/CGhZ3NoWjU

The National Boxing Commission ensures that “all the evaluations were characterized by transparency and adherence to the provisions of the disciplinary regulations that govern high performance in the country”, and asserted that “the decision to continue contributing pages to the beautiful history of Cuban revolutionary boxing will always be incompatible with performances that are alien to the essences that have distinguished us as representatives of a people that applauds dignity as the most important of medals.”

The three-time world champion had recently staged a failed attempt to illegally leave Cuba, which was described by the boxing authorities as a “serious indiscipline.”

Andy Cruz’s alleged intentions to leave the Island were revealed as a result of his exclusion from the Antillean delegation that participated in a professional billboard in Aguascalientes, Mexico. That event marked the debut of the Antillean boxers in the professional arena under the protection of the national sports movement, so it was expected that the man from Matanzas would be present as one of the main protagonists.

At first, the directors of Cuban boxing only said that Andy’s exclusion was about “last minute adjustments”, and later added that the star boxer had reduced his performance and attitude in the gym, so “the group opted for the strategy of not exposing it and rewarding the dedication of Osvel Caballero”.

However, various rumors on social networks put on the table the idea that Andy was not in the team for the Aguascalientes cartel because he planned to leave the team abroad to embark on a path to professionalism.

In an effort to deny these rumors, the island’s official media published a message from the boxer himself in early June, in which he claimed to be training hard and preparing at the Orbein Quesada school in Havana —known as La Finca— for the national championship. Playa Giron.

In said letter, he also said that he was waiting for his debut in professional circuits under the aegis of the Cuban Federation, “to show the world and show myself that we are prepared for any type of event.”

However, shortly after, his frustrated attempt at illegal exit took place, which finally led to his “expulsion from the Cuban sports structure,” according to the National Commission. This decision confirms the definitive rupture between both parties, which leaves the Cuban team without its best man in recent years and will most likely lead Andy Cruz out of the Island in search of trying his luck in boxing on his own. rented.

Loading...
Newer Post
F1 2022: Lewis Hamilton and the achievement that only he has achieved this season in Formula 1
Older Post
Disciplinary measure applied to boxer Andy Cruz