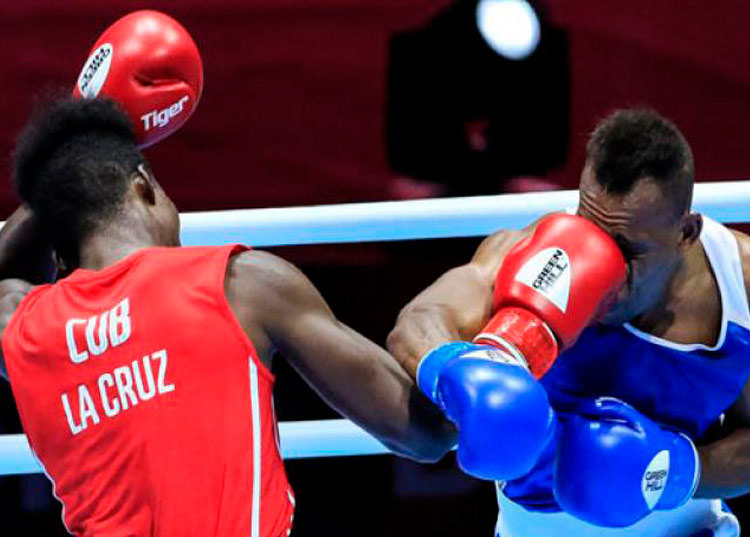 The two-time Olympic champion Julio César la Cruz will face the Ecuadorian universal subtitle of 2019 Julio Castillo on Sunday in the most attractive duel of the day with which Cuban boxing will close a season of important balances.

The fight is agreed to at 92 kilos as part of a poster to be held in Rotterdam, the Netherlands, where the other seven representatives of the squad from the island crowned in the world contest just organized in Belgrade will also perform.

La Cruz, exalted for the fifth time in jousts on the planet, will be one of the great attractions of the evening as an opponent of the star of the Ecuadorian cast, who these days also shares training with exponents from home.

The president of the Cuban Boxing Federation, Alberto Puig de la Barca, explained to HIT from the headquarters that after the demands of the contest held in the Serbian capital the technicians have dosed the work in order to guarantee the form to meet this other challenge.

“The response has been as expected, and we are in a position to meet the prevailing expectations in relation to our team,” said the main director of the sport who contributed four of the seven titles minted by Cuba in the Tokyo Olympic Games and only months later celebrated three in the joust of the world.

Puig said that as part of the program conceived by the organizers, this Saturday the monarch in both events Andy Cruz will compete in the 63 kilos with the Ecuadorian Miguel Ferrín, as a prelude to the agreement for the next day.

Then Andy will return to the ring, but as the opposite of Delano James, one of the two locals who will take the test of crossing blows against students of coach Rolando Acebal.

Loading...
Newer Post
F1 | Sprint at Interlagos: Carlos Sainz was a giant and Hamilton, a beast
Older Post
What a way to start! Da Un Jung and a tremendous knockout at UFC Vegas 42