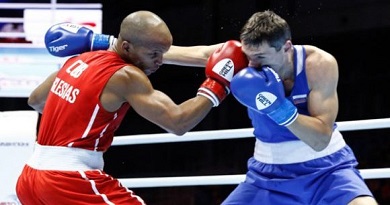 Read article: 2 Four positives to covid-19 left the number of competitors with which Cuba will face the World Boxing Championship in Belgrade

Four positives to covid-19 left the number of competitors with which Cuba will face the World Boxing Championship in Belgrade the day before at eight, in the capital of Serbia, to be played from October 24 to November 6.

In such a way There will be five divisions lacking representatives of the Island, because as announced a few days ago Arlen López (81 kg) was injured as a result of the decrease in his sporting form.