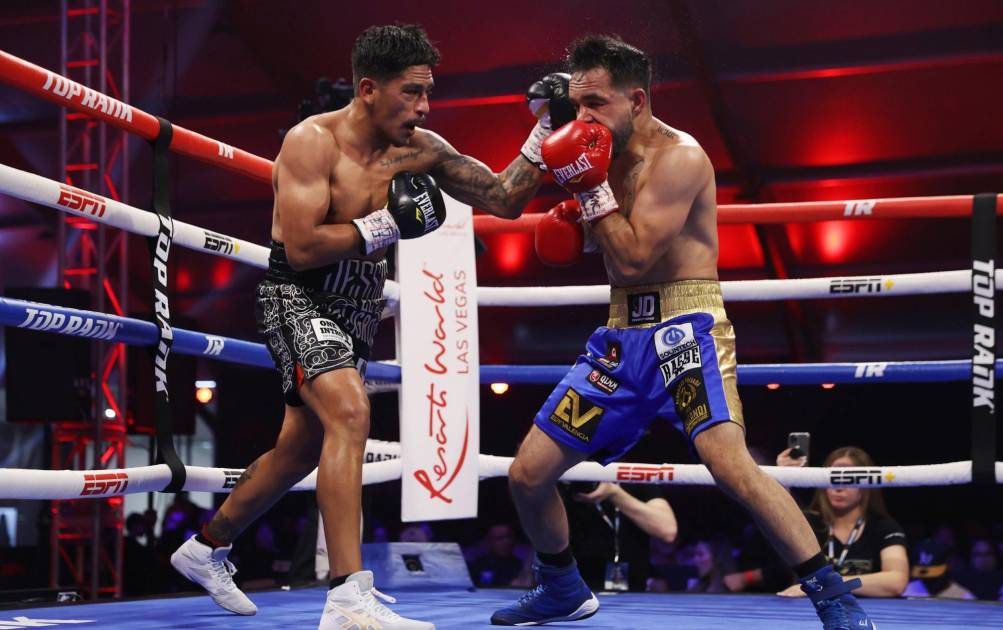 Edy Valencia faced the American Jessie Magdaleno, in a fight that was agreed to for 8 rounds in the Super featherweight division.

After 22 months without activity, Jessie Magdaleno defeated Valencia Mercado by unanimous decision, by scores of 80-72 on the three side cards.

Despite the decision of the judges, Edy Valencia sold the defeat face to face, since from the opening bell he went out in search of landing the best shots.

“We lost the fight once again, but you learn from everything, boxing is about appreciation and the judges saw me lose. Thanks to each of my sponsors”, the Sinaloan published on his social networks.

Edy Valencia’s last fight had been in December in Culiacán against Héctor Escobar, which did not have a winner due to an accidental headbutt.

Tags: jessie magdaleno
Boxing: Mayweather launches against Canelo: “He became famous for being my opening act”
Sulem Urbina, an example in boxing for women, will fight this Wednesday in Hermosillo
Mateo’s odyssey to boxing in France: 31 hours of travel after a traffic accident
BOXING 3248