Czech picks up where he left off 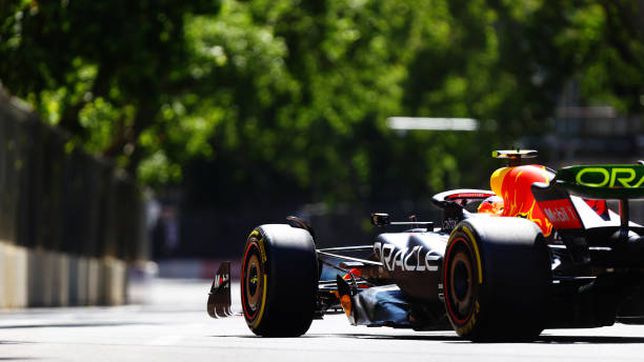 “The King of Baku”, Red Bull calls him on social networks, ignoring the fact that a year ago, if the Pirelli did not burst, Verstappen would have s

“The King of Baku”, Red Bull calls him on social networks, ignoring the fact that a year ago, if the Pirelli did not burst, Verstappen would have swept the streets of the Azerbaijani capital. But Checo is in fashion, he won in Monaco, he renewed until 2024 and for now he leads the circuit where he got his first victory with the energetic team a year ago. The Mexican has just over a tenth of an advantage over Leclerc, a poleman here a year ago and injured after the fiascoes in Barcelona and Monte Carlo. Verstappen was third in this session more than three tenths behind his teammate, and that is not normal, and Sainz was fourth half a second from the head. It’s a long lap (1:44) that widens the gap, no doubt.

as the @AlphaTauriF1 duo both record the most laps of anyone in that session 📊#AzerbaijanGP #F1 pic.twitter.com/RZPtq0ZTBH

Alonso, fast as usual on Fridays, placed the Alpine in fifth position in the time table. Here the French single-seater incorporates a different air intake on the pontoons, more efficient, as well as a low-load aerodynamic package specific for the circuit and that may also be seen in Montreal, of a similar cut. The start of the Enstone team seems good because Ocon is in the top-10 and the Mercedes start behind the Asturian driver. Much is expected here from Hamilton and Russell, because in slow corners the W13 was very fast in Montmeló.

Loading...
Newer Post
Come back 1-2 in the NBA Finals: the Warriors look to repeat their feat of 2015
Older Post
Why don’t boxers punch with two hands at the same time?