Dallas Cowboys vs. Seattle Seahawks, result, summary, statistics and highlights of the game for the 2022 NFL preseason 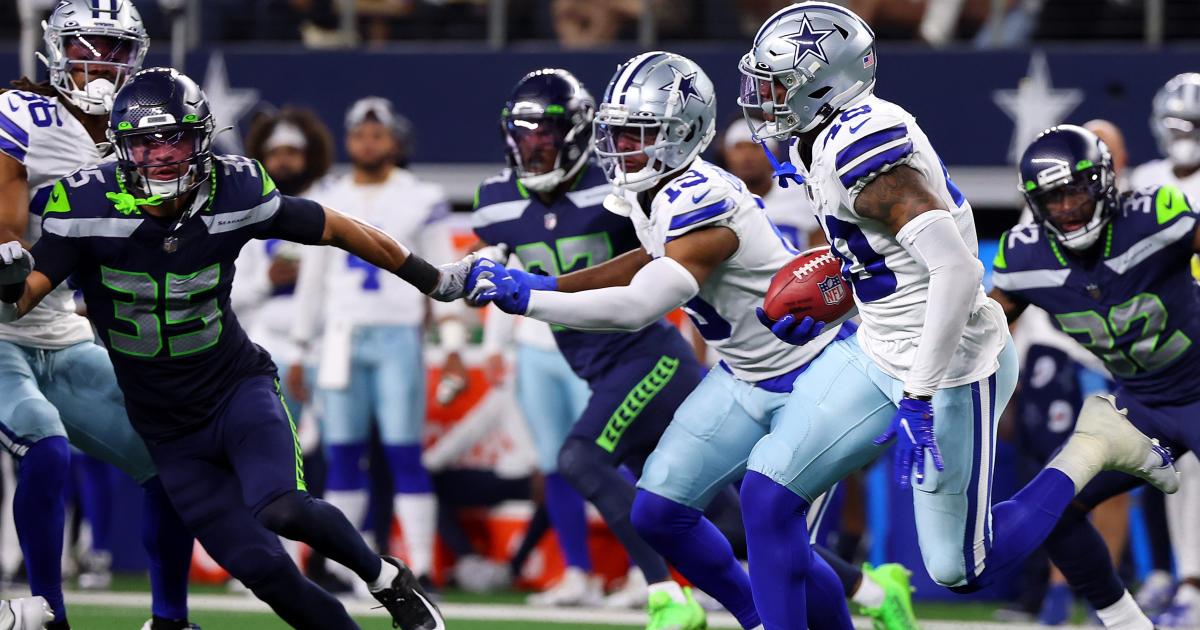 This Friday, at AT&T Stadium, the Dallas Cowboys they won 27-26 to the Seattle Seahawks within Week 3 of the 2022 NFL preseason. With the result,

Dallas Cowboys vs. Seattle Seahawks, result, summary, statistics and highlights of the game for the 2022 NFL preseason

This Friday, at AT&T Stadium, the Dallas Cowboys they won 27-26 to the Seattle Seahawks within Week 3 of the 2022 NFL preseason.

With the result, the Texan team closes the preparation phase with a 2-1 mark. They began falling before the Denver Broncos (7-17) and then defeated the LA Chargers (32-18). The team already has its sights on Tom Brady and the Tampa Bay Buccaneers in Week 1 of the 2022 NFL regular season.

The Cowboys mostly played off the bench; quarterback estel did not see actionar Dak Prescott. For its part, Seattle made the first series with some starting players, 11 on the offensive end.

Dallas’ defensive unit took all the spotlight when making five ovoid spoils, including four interceptions. They incessantly harassed the marshal Drew Lock–who threw for a touchdown, but he also saw three of his passes intercepted.

After the duel, the coach pete caroll named Gene Smith as the Seahawks’ All-Star Quarterback over Locl for the Week 1 game against the Broncos and his old acquaintance Russell Wilson.

On offense on the Cowboys’ side, quarterback Will Grier he was the most outstanding player. He connected 12 of 22 passes for 88 yards and two touchdowns. He had no interceptions.

Seattle went up 13-0 on the scoreboard, but the Cowboys stayed in the game based on their defense. And it wasn’t until minute 4:01 of the fourth period that the Texans took their first lead of the game, which would be the definitivea. The receptor Peyton Hendershot scored a touchdown catching a 14-yard pass from Ben DiNucci to define a series of six moves.

the @DallasCowboys take the lead 👀

With just 1:04 remaining in the game, the Seahawks they were looking to travel 80 yards to go up again and rescue the victory, but Juanyeh Thomas appeared. The rookie safety who was not selected in the 2022 NFL Draft, he intercepted a pass from Jacob Eason at the Seattle 43-yard line to end the matter.

Cowboys get their 4th INT of the game to clinch the victory and Dak loves it! @dak | @STG_Yeh1 pic.twitter.com/EcUgQqFGhP

Tom Brady out of the Tampa Bay Buccaneers for personal reasons
NFL in Mexico. Date and presale prices of tickets for the game
NFL: Former Dallas Cowboys running back Marion Barber dies at 38
NFL 470