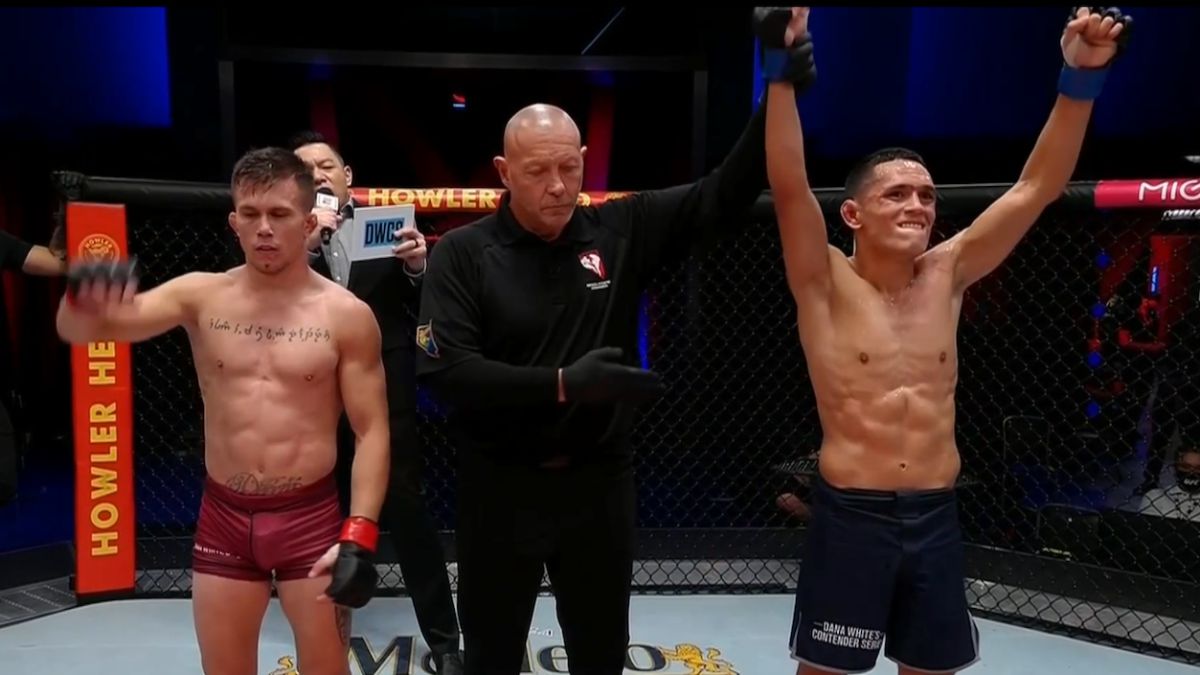 Dani Barez brushed his contract with the UFC. The 32-year-old Spaniard came to the Dana White's Contender Series with the sole intention of winni

Dani Barez brushed his contract with the UFC. The 32-year-old Spaniard came to the Dana White’s Contender Series with the sole intention of winning and securing a contract with the largest MMA company in the world. The Valencian showed the great quality that he treasures, but in a very tight fight he fell to Carlos Hernández by split decision (29-28, 8-29 and 29-28). The triumph does not assure anything in this program and the Dana White could still hire him, but she didn’t. A shame He deserved more.

The fight started very well for the Spanish. He took the center of the octagon and was dominating. He landed the best shots, fought back against the grabs and landed a takedown late in the round to finish sending. He came to close a gun, but the bell did not allow him more. He only received a clear knee and endured it without problems. It got ahead. The evolution of the second act seemed the same. Barez connected Hernández, went for him and the American pushed him. Dani was badly positioned on the legs and went to the ground. Dangerous terrain because it is your opponent’s habitat. The Valencian defended well, but he was dominated and that physically cost him. 1-1.

“You have one round left. It has to be the one of your life,” asked his coach, José Luis Zapater ‘Tinín’. Dani went out to the crossroads, without fear, with knockdowns … he started well, but his opponent finished better. The Spanish ended up more tired, and that could have been key for two judges. The almost two years of inactivity, the trip and the toughness of the fight could take their toll. Despite this, the five minutes were very even. Anything could happen and the victory fell on the side of the American. Despite this, Dani Barez proved his worth. He is brave, temporizes very well and dominates all parts of the fight. The contract with the UFC escaped him. There will be more opportunities to be in the big leagues. It deserves them.

Vaccination requirements in the UFC and what will happen to McGregor: the words of Dana White
Ecuadorian MMA fighters triumphed in Mexico at the UWC 29 event
UFC: Connor McGregor goes to the Vatican … and ends up in a fight!
UFC/MMA 309