Dardo from Puig to Pol: “Does not reach the potential of the motorcycle” 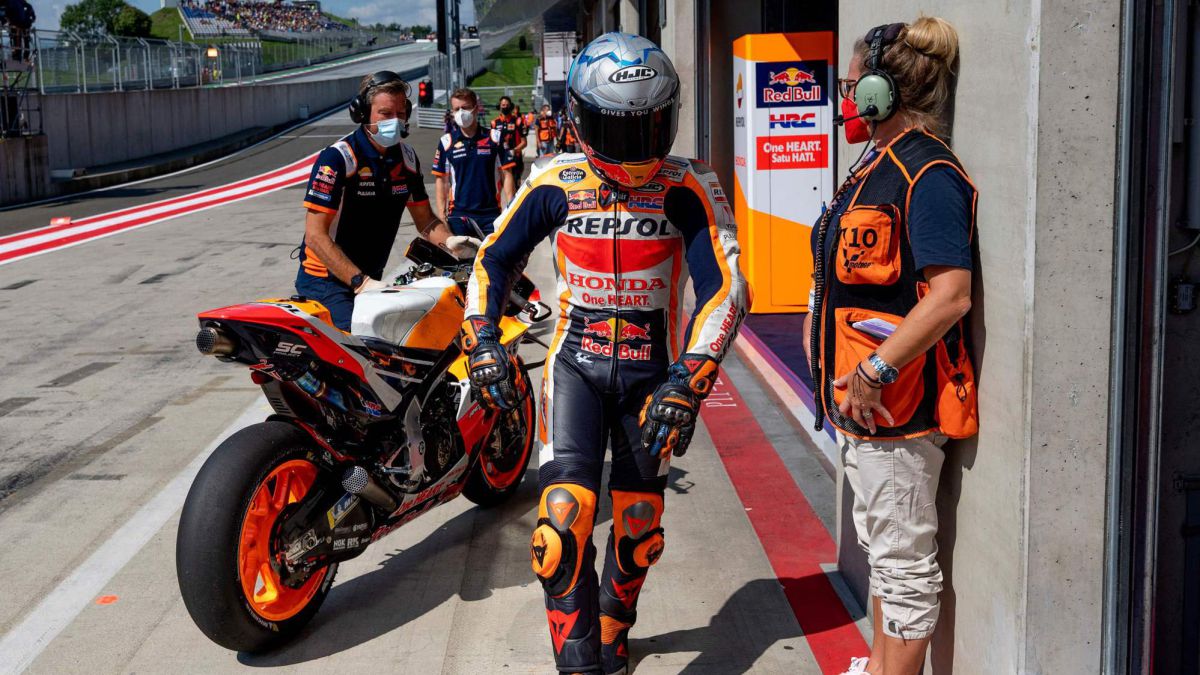 Many trusted him after his work taking the KTM to the top, but his adaptation to the Honda is being much more complicated than expected. Well beca

Dardo from Puig to Pol: “Does not reach the potential of the motorcycle”

Many trusted him after his work taking the KTM to the top, but his adaptation to the Honda is being much more complicated than expected. Well because HRC is not the winning bike it used to be or because her style is not really compatible with her, but Pol Espargaró is not capable. He is one of the pilots with the most experience in the paddock, one of the ones who has worked the most this summer break, but even his physical appearance seems not to be enough to tame a beast that only Marc Márquez can carry.

It sounds cliché, but Cervera’s is the only one capable of winning with the Honda. He disappeared for a whole season from the circuits and with a physique still far from his maximum level, has been the only one capable of returning to the brand of Golden Wing to the path of victory. He did it 581 days after the last one and breaking the worst streak of the Japanese manufacturer without victories in MotoGP (a total of 21 races, since Valencia 2019 which, in addition, Marc himself won). And, thanks to that, the team will not enjoy concessions next 2022. Something that would be catastrophic for the most successful brand in the championship.

It is anecdotal what is happening with Pol Espargaró at Honda and even looks like a deja vu of what happened with Jorge Lorenzo in his passage through the orange box in 2019. The five-time world champion was not able to tame her, in fact, he led him to retire and, faced with a new signing that was exciting, history repeats itself. They relied on a rider who took KTM to the top in just a few years (a project that started from scratch) and opted for a riding style that seemed to be perfectly suited to what the Honda asked for. But, once again, it is not enough. In eleven races held to date, the one from Granollers already admits that his frustration is increasing due to the lack of results. And, the worst thing is that he does not understand why.

The situation is clear: he works constantly, but there is no progress. The lack of grip (especially in the rear axle) continues to be the brand’s biggest headache, which continues to work to find solutions. But, as much as they try things, nothing helps them improve. And it has become very clear at the Red Bull Ring, a track where Pol Espargaró has passed, in just one year, from taking pole position and fighting for victory to not being able to score points in the two races that have been contested. “It is painful ”, admits the Spaniard, who cannot drive as he really would like. “I have no idea how to solve our problems. Since the Qatar Grand Prix we have tried everything and I don’t even know what to do anymore ”, added this past Sunday after the Austrian Grand Prix.

The situation could not be more extreme. Pol Espargaró is urged (and very much) good results. It is fifteenth in the MotoGP World Championship (with an eighth as its best result) and, worst of all, it turns out to be the worst of the four Honda that are on the track every week. Even Álex Márquez has had, so far, a better season than him. Not by much, in fact, they are tied at 41 points, but the one from Cervera has reaped better numbers than the official team rider (sixth is his best result) and, therefore, is one place above # 44. OR Marc Márquez that, despite starting two races after his season and with three zeros for crashes, he is eleventh in the general classification with 59 points (and one victory, the Sachsenring).

But the statistics can still go against that of Granollers: Álex Márquez had a better debut than Pol with the Repsol Honda Team and, also, being his first season in MotoGP. In eleven races (the same ones Espargaró has carried to date), the double world champion achieved a whopping 67 points, accumulating three zeros and with two great feats. Two podiums (in France and Aragon) that eased the pressure and frustration of the ‘Golden Wing’ brand in the absence of Marc, when they saw that the concessions were getting closer and closer.

And, despite his great performance with the team, The signing of Pol Espargaró made him move to the brand’s satellite team at the end of the year, the LCR Honda, where he is now active. But what would have happened to keep him on the officer? Many are already those who think that Perhaps the little one of the Márquez dynasty could return to the orange box after a year of learning. And it is that, the same, the adaptation of a rookie It can be even easier than for a rider who has already gone through three different brands in his MotoGP journey. What is clear is that Honda needs solutions (Yes, Pol has a contract until the end of 2022).

The dart from Puig to Pol

As after every grand prize, Alberto Puig, Repsol Honda team manager, made an assessment of the weekend. He melted in praise for Marc Márquez after his struggle to be on the podium again, but Pol Espargaró did not suffer the same fate. In fact, it highlights how hard it is for him to adapt to the Honda: “The understanding between Pol and his bike is a negative aspect. He is far from his ability and is not reaching the full potential of the bike. He is suffering and we need to work with him to overcome this situation ”.

GP Valencia MotoGP 2021: Artigas opens and Acosta falls
MotoGP 2021: The 2022 MotoE World Championship of double events
Bastianini is the first since 2019 to make his MotoGP debut with a top ten
MOTOGP 646