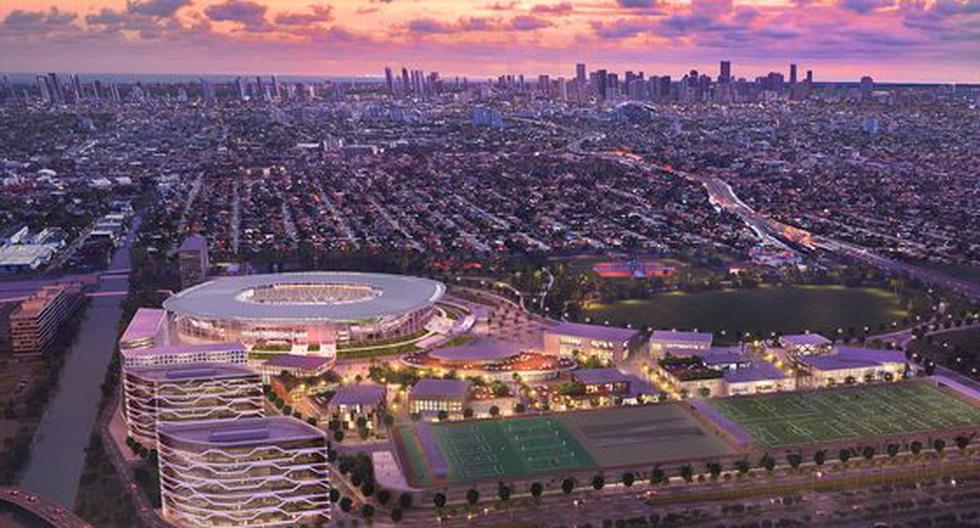 Lima, 04/30/2022 04:39 am Miami City Commissioners have voted to authorize leases that will allow English soccer superstar David Beckham and his pa

Miami City Commissioners have voted to authorize leases that will allow English soccer superstar David Beckham and his partners to develop a sports complex for his Inter Miami CF team.

The project, called Miami Freedom Park, will redevelop the Melreese golf course near Miami International Airport into a complex that will include a 25,000-seat stadium, 750 hotel rooms, retail space and community fields. With more than 234,720 square meters of accessible land, it will become the largest park in the city.

“This will once again put us on the world stage,” Miami City Mayor Francisco Suarez said after Thursday night’s vote.

Suarez noted that the president of FIFA, the governing body of international soccer, was in the city on Monday. The mayor said Miami deserved to host the 2026 World Cup, which will be played in Canada, Mexico and the United States.

“Not only do we deserve that, we should be hosting FIFA and the World Cup in 2026,” he said.

While voters authorized the city to negotiate a deal for the $1 billion plan in a 2018 ballot, some critics have worried about the loss of the city-owned golf course in the deal without tender with Miami businessman Jorge Mas.

Inter Miami, a Major League Soccer team, highlighted the economic impact of the project, saying it will generate billions of dollars in rental and tax revenue over the term of the lease.

“The city is going to give zero dollars,” Suarez said before the commission’s vote. “We’re going to get $2.6 billion over 99 years in revenue for the city.”

The club said in a statement that it would keep the existing facility in nearby Fort Lauderdale, where it will continue to play home games while Miami Freedom Park is built.

Tags: Inter-Miami, David beckham
Qatar ‘fills’ Beckham and other soccer stars with happiness
His son debuted in professional soccer in the United States
These are the players with the most assists in football history
FOOTBALL 2730