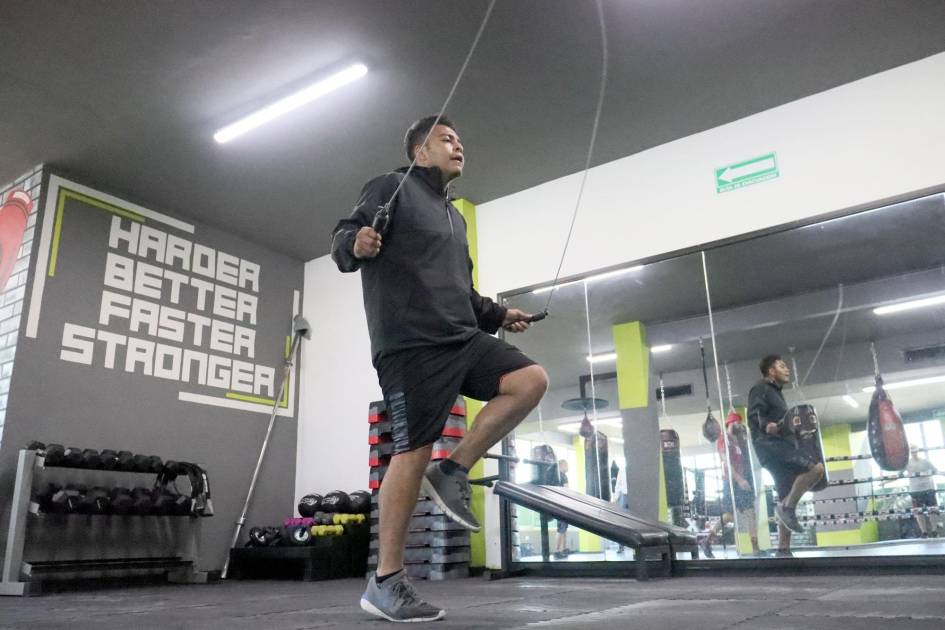 CULIACÁN._ Motivated by the gold medal he won in the National Boxing Championship organized by the National Council of Student Sports (Condde) in

CULIACÁN._ Motivated by the gold medal he won in the National Boxing Championship organized by the National Council of Student Sports (Condde) in Canatlán, Durango, David Madero Heras, student of the Faculty of Accounting and Administration (FCA) of the Autonomous University of Sinaloa (UAS) is preparing with a view to participating in the next National Universiade selective to be tentatively held in February 2022.

Madero Heras, who is studying the second degree in the Bachelor of Business and International Trade at the FCA, established that his short-term goal is to win a place for the UAS in the selective and seek a gold medal in the next National Universiade 2022.

&#8220;At the moment we are preparing for the next national selection of the Universiade, I think it will be in February, we do not know where yet, but they are the short-term goals,&#8221; he said.

Madero Heras, who fights in the 75 kilogram category, said that, although the times are short to train and study at the same time, he creates a space in the morning to run and go to the gym from an early hour.

&#8220;It is difficult to train and study because the times are shorter, I train in the morning and take classes at night in the shift from 5 to 9, I organize myself to do homework and that kind of thing,&#8221; said the student and university boxer.

Regarding the gold medal that he obtained in the last National Boxing Championship held in Durango, he stated that this has represented a motivation in his career of approximately 100 amateur fights that he has accumulated, since that places him among the group of boxers to consider in the selection of the UAS in this sport.

&#8220;I feel very happy since we were working to achieve the gold medal, it was a two-month preparation process and thank God the result was achieved,&#8221; he emphasized.