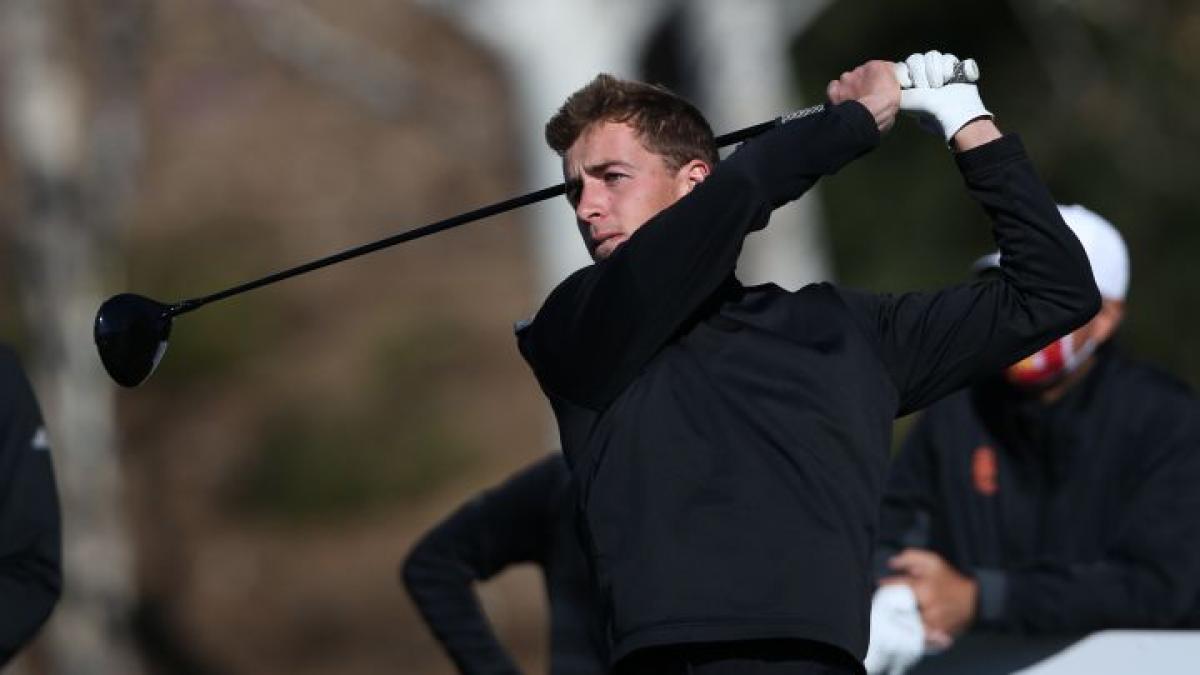 The golfer David Puig, one of the strongest promises of Spanish golf, was honored last Monday by the Catalan Association of Golf Players Journalists (ACPJG) as the best Catalan player of 2021.

Puig, born in La Garriga 19 years ago and trained at Masia Bach (Golf Barcelona), received this award, which is given annually, in the traditional Christmas tournament held by the ACPJG at the Terramar Golf Club.

David Puig is sixth in the world amateur ranking

The young golfer is currently studying at Arizona State University, the same American university where Jon Rahm completed his studies, and is one of the stars of his golf team, one of the most prestigious in the country.

Puig, in fact, is currently the sixth best player in the world amateur ranking, a classification in which he has reached the fifth position. His accomplishments this year include two college circuit titles: the Southwestern Invitational and The Amer Ari Invitational.

Apart from the award given to Puig, the ACPJG this year has also honored Dr. Antoni Trilla, head of the epidemiology service at Hospital Clínic de Barcelona, ​​for his steadfast defense of the values ​​of golf as a healthy activity.

Thieves who traveled miles on foot to steal from golf, paddle tennis and tennis clubs
Woods returns to golf; still far from his best
The best golf equipment to play in cold and rainy conditions in winter
GOLF 429