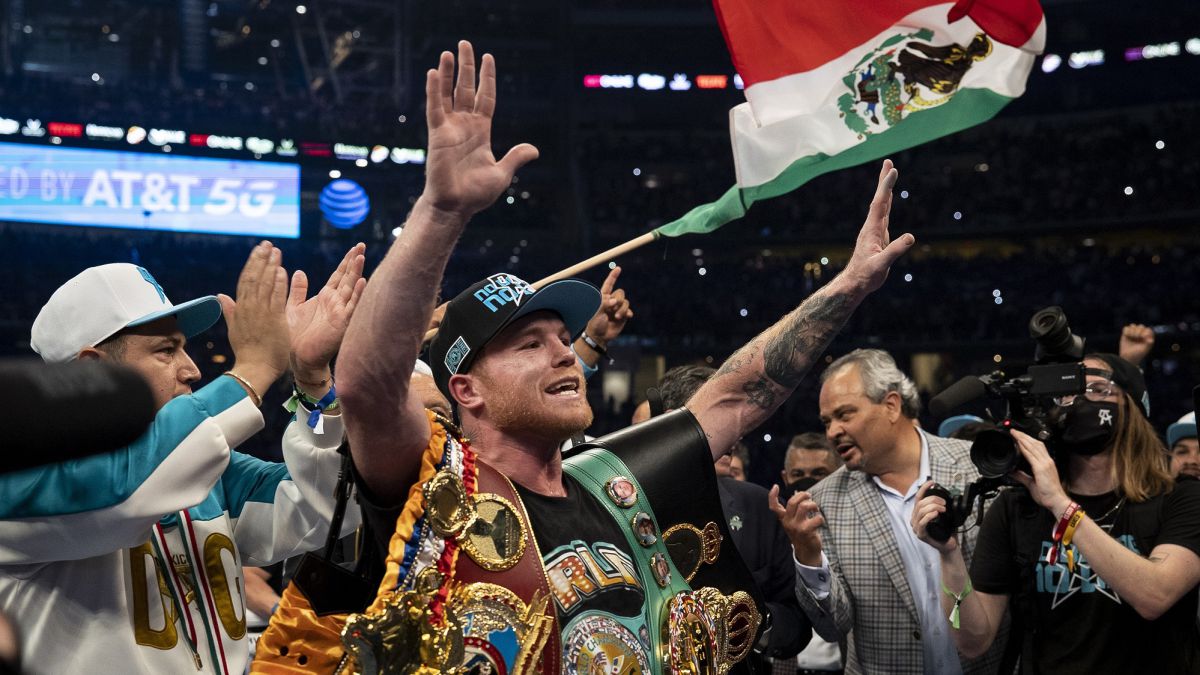 Despite being the undisputed champion of super middleweight, Saúl Álvarez continues to seek to make history and, now, will seek his fifth title in

Despite being the undisputed champion of super middleweight, Saúl Álvarez continues to seek to make history and, now, will seek his fifth title in a different division, something that is well accepted by the president of Golden Boy Promotions and former promoter of Canelo, Óscar de la Hoya.

On his Twitter account, the former boxer posted: “I respect Canelo for seeking to make history, something that scares everyone. Long live Mexico”.

It should be noted that, while under contract with Golden Boy Promotions, De la Hoya and Canelo had a friendship; Nevertheless, This ended when Álvarez decided to legally break his link with the promoter, arguing a breach of contract.

YOU MAY BE INTERESTED: When is Canelo Álvarez’s next fight?

At that point, Canelo became a free agent and continued his career in that way. Now, The Mexican became one of the few boxers in history to unify the Super Middleweight titles of the WBC, WBO, WBA and IBF.

Saúl’s next objective is to win the Cruiserweight championship, this means moving up to 200 pounds in the division. (10 kilos more) to face the African Ilunga Makabu, who rules in the WBC division.

Victory and record for ‘El Cuervo’ Silva in the public’s return to boxing in Misiones
Boxing: Vanesa Caballero: “A tough fight is like a hangover from three days of walking”
Mother, security guard, boxer and now Matchroom
BOXING 888