De Vries gets into Hamilton’s F1 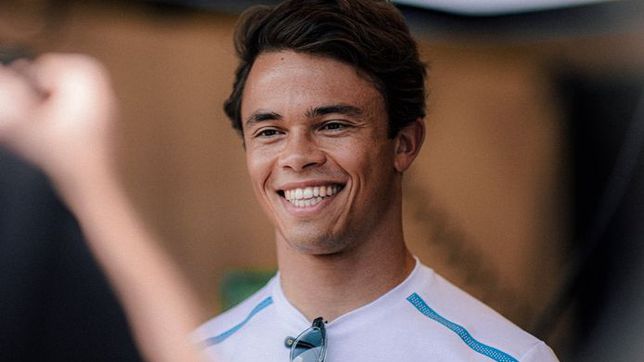 De Vries is still in fashion. After getting on Albon's Williams in Barcelona, ​​during the Spanish Grand Prix in March, the current Formula E cham

De Vries is still in fashion. After getting on Albon’s Williams in Barcelona, ​​during the Spanish Grand Prix in March, the current Formula E champion will once again repeat the experience of driving an F1. But this time it will be different. Or, at least, he will wear other colors. Nyck will put on the black suit of the Mercedes team, putting himself at the controls of Lewis Hamilton’s car during the first free practices of the French Grand Prix, which takes place this weekend.

Since this season, Formula 1 forces the different teams to give young talents the opportunity to ride with a single-seater in free practice for two Grand Prix a year. Williams wasted one such trick with de Vries in Barcelona, ​​where the Mercedes development driver replaced Alexander Albon and also beat Nicholas Latifi by almost a tenth to finish 18th. Now the Dutchman has to debut with the silver star team, in the place of the seven-time world champion: “Lewis has chosen this weekend to meet the first of the two sessions of young drivers that all teams must carry out this season”, indicated the team in social networks.

This weekend @nyckdevries will be taking the wheel of W13 for FP1. 👊

Lewis has chosen this weekend to fulfill the first of two young driver sessions required by all teams this season. George has selected one later in the year. pic.twitter.com/aNimIvCClU

On the other hand, George Russell has chosen a session “later in the year”, although without confirming if it will be the third opportunity for De Vries or they will opt for another young driver of the brand. So far this year, Nyck has won two appointments in the Formula E World Championship, defending the colors of Mercedes EQ. He is eighth in the standings, far from the level of last 2021, when he was proclaimed champion of the category with the brand. In addition, he is the reserve driver, designated by those of Brackley, in case they have to replace Hamilton or Russell in his absence.

The presence of De Vries will not be the only novelty this weekend in France. Also through its social networks, Alfa Romeo has confirmed the return of Robert Kubica to Formula 1. It will also be during the first free practice sessions this weekend at Paul Ricard, with Valtteri Bottas’ car: “Robert Kubica will return to Formula 1! steering wheel of our C42 on Friday! Our reserve driver will participate in the FP1 session of the French GP, occupying Valtteri’s car.”

F1 announces new measures to improve the environment
Women in Formula 1, passionate about speed
The rematch between Max Verstappen and Lewis Hamilton or the awakening of Ferrari
FORMULA 1 1980

Loading...
Newer Post
NBA: Draymond Green praises Paolo Banchero: “He is a winner”
Older Post
NFL: what is on sale for tickets for the Seahawks vs. Buccaneers in Munich