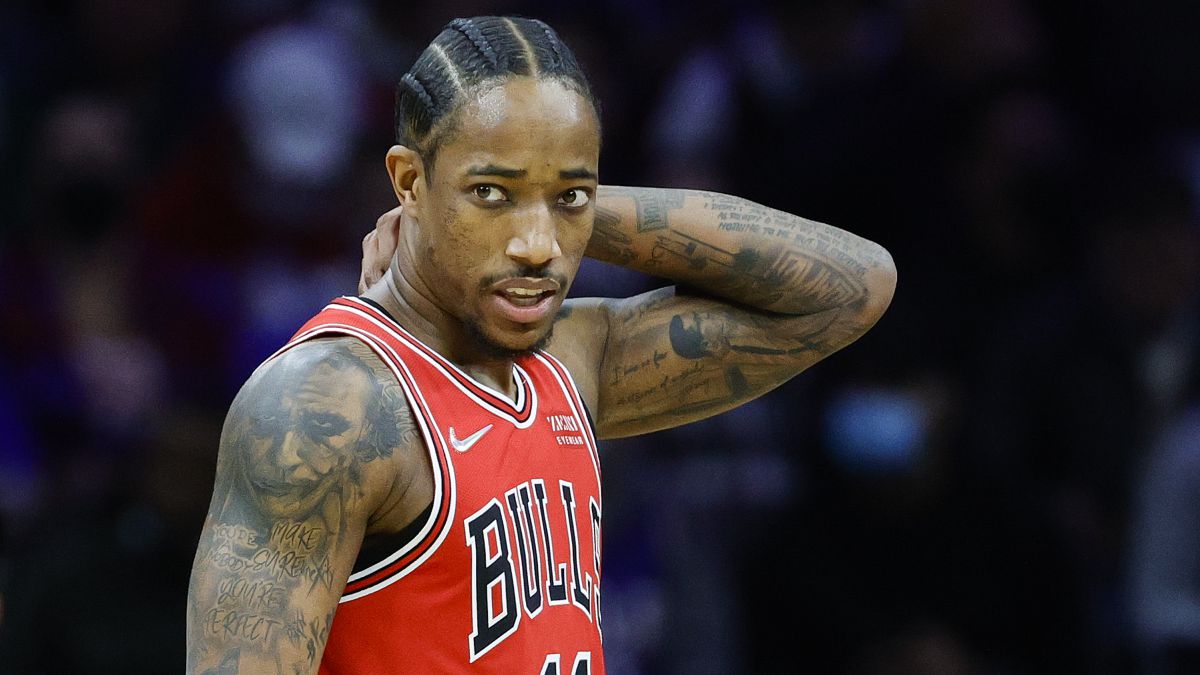 Leaving a team through the back door is never good. But that said team wins the ring a year later, it is worse. And it's not like DeMar DeRozan

Leaving a team through the back door is never good. But that said team wins the ring a year later, it is worse. And it’s not like DeMar DeRozan came out the back door, but he did suffer from what other players have already experienced: the fact of seeing how the team to which you have dedicated your sports career, wins the biggest prize that anyone gets in the NBA. The forward spent nine years in Canada, that place away from the rest of the franchises where visitors suffer in regular season, in the playoffs and in any other fight. That entity relegated to ostracism in its day, but resurrected by a DeRozan who dedicated himself to her body and soul, but in which he did not succeed. At least, not with the ring eternally postponed and yes with numerous failures in the playoffs that undermined his morale and reputation and ended up assuming his goodbye For the sake of a rebuild that reported to the Raptors what no one had given them.

DeRozan came to the NBA in 2009, selected No. 9 in the draft by the Raptors. Before, after having participated in the prestigious McDonald’s All American Team, in which he also managed to win the Math Contest, played a single season with the Trojans from the University of Southern California, where he averaged 13.9 points and 5.7 rebounds per game. There he was chosen as the best player of the tournament in the Pacific-10 Conference, after averaging 19.8 points in it, and included in the best rookie quintet of the Conference. A good resume to be among the first of a lottery that Blake Griffin commanded and in which there were well-known names: James Harden, Ricky Rubio or Stephen Curry reached the best league in the world that year. And they did it, to a greater or lesser extent, to make history. Especially some of them.

At the Raptors, DeRozan didn’t explode immediately. He was arriving at a project still led by Chris Bosh, a star who went to 24 points and 10.8 rebounds in his senior year in Canada. The franchise had fallen to 33 victories in the course prior to DeRozan’s arrival, and it wasn’t until Bosh’s departure that that new project, which went through three tumultuous seasons before the arrival of Dwayne Casey, was hatched that he changed the position. of assistant of the Mavericks by the one of head coach in Toronto. 23 and 34 wins before entering the playoffs, something they did in five consecutive seasons. The last of them supposed the failure of that idea that Masai Ujiri forged in the offices and that ended with 59 victories (franchise record) and 4-0 in the second round against the LeBron Cavs. The same ones they lost against in 2016, in the Conference finals (4-2), in what was the roof of the team at that time.

There ended DeRozan’s love affair with the Raptors. In his last season he averaged 23 points and 5.2 assists. In the previous one he had gone to 27, with more than 5 rebounds. It was useless: the new failure and the inability to advance in the playoffs with Casey caused the coach’s dismissal. DeRozan’s poor performance in the last tie against the Cavs, with just 16.8 points, no 3-pointers and 43% from the field, prompted his goodbye. The new situation demanded changes and Ujiri sent his fetish forward to the Spurs in exchange for an unknown person like Kawhi Leonard. A year later, the Raptors won the first ring in their history and DeRozan, with the Texans, began a journey that consolidated him as a player, but deprived him of the possibility of something greater. And as a scapegoat, he began a fall into hell in the moral that was translated, yes, in good numbers to the side of Gregg Popovich. Without more all stars (he added four in Toronto), but with a development that transformed him into a discreet man, Away from the spotlight and mixed in transfer rumors, but with the patience of someone who waits for their big opportunity.

Resurrection in the Bulls

DeRozan never fell below 20 points, 4 rebounds and 5 assists for the Spurs. There his great virtues became apparent, that of an old-fashioned forward, who produced in the middle distance and forgot a triple that he has not developed practically in his entire career, despite not giving it up entirely. And in those three seasons he earned a sing and trade to a larger market, Chicago, and signed for three years and $ 85 million. And at 32 years old, on his way to 33, DeRozan is in a team with certain aspirations within an Eastern Conference to which he returns three years later, but the one he sees as more competitive than ever. It is the award for three years of silence by a forgotten star, who suffered in the distance the ring of the Raptors and who is almost in his prime, wasted in Texas but recovered in a Bulls who look to the immediate future with ill-concealed optimism.

The forward, again on everyone’s lips, is averaging 26.9 points, 5.4 rebounds and 4.1 assists in a fast-paced start to the season, in which his team wins and convinces. The Bulls are one of the few franchises that maintain great consistency and cause good sensations: 10-4, second best defense in the East and fifth best in the NBA. The Bulls are fifth in field goals and fourth in triples, in addition to being the sixth team in the competition that loses the fewest balls. They also have the fourth best net rating, and a collaborative team that works perfectly: DeRozan, moldable, does not get in the way of a LaVine that goes to 25.9 points a night; Nikola Vucevic produces under the rims (13.6 + 10.9 + 4.3) and Lonzo Ball deals and convinces in equal parts (12.9 + 5.4 + 4.6). Alex Caruso is all the rage in the Bulls and longing for some Lakers who miss him, as demonstrated in last night’s ovation at Staples, and the rest of the squad adapts perfectly and follows the guidelines of a strict but talkative like Billy Donovan.

It is the new opportunity for DeRozan, who is the perfect age to lead a group of young talents and is once again in the foreground of the one who disappeared circumstantially and to which he has returned without anyone being able to prevent it. The All Star resonates with force again, the Bulls are the fashion team of the competition and the forward is on the way to a double prize: redemption and vindication. The first, after being reviled and used as a bargaining chip in a sordid time for his team as always. The second, for once again showing that he has never stopped being the star that he has always been. A prudent, not at all friendly to the show business and the paraphernalia that surrounds the competition, but decisive, talented and direct. One that maintains the basics of basketball from before while establishing itself as a leader in the current one. And one who seeks in Chicago what was denied, first in Toronto and then in San Antonio. That competitiveness. Those options, even if they are distant, ring. And also, who knows, his place in history.

Loading...
Newer Post
The closing of the MMA and Kickboxing ranking will be held in Villa Allende
Older Post
“If I fall, he will pick me up and continue” – Nueva Mujer