Dennis Schroder, the star of Germany in the Eurobasket who is still without an NBA team 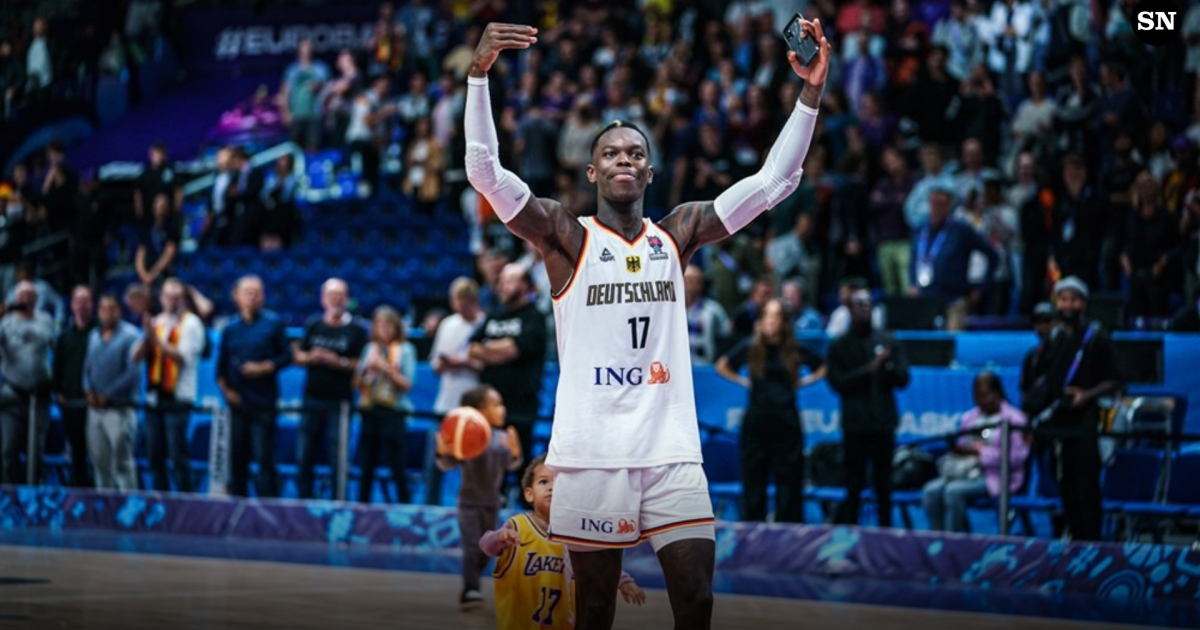 Dennis Schroeder is one of the sensations eurobasket 2022. The German point guard has established himself as the leader of his team, managing to d

Dennis Schroder, the star of Germany in the Eurobasket who is still without an NBA team

Dennis Schroeder is one of the sensations eurobasket 2022. The German point guard has established himself as the leader of his team, managing to dethrone Greece and put the German country in the semifinals for the first time since 2005.

With averages of 20.2 points and 7.2 assists Schroder is one of the players to watch out for and will have the fight for gold at his fingertips.

A figure that, surprisingly, Still no team in the NBA a few weeks before the start of the 2022-2023 preseason. It’s time to get to know Dennis Schroder a little better and his context in this Eurobasket 2022.

MORE | This is the Eurobasket 2022 table: schedules, results and matches

Why is Dennis Schroder still without an NBA team?

That is the big question that everyone has done at some point in this eurobasketball watching play Dennis Schroder with Germany. The 28-year-old point guard is marveling at the European tournament with great individual performances complemented by leadership. Precisely this is what the German had missed the most in his last two seasons in the NBA.

Crazy, unpredictable and irregular, Schroder’s performance in the American league has led him to end up as an underrated player among teams. During the 2020-2021 campaign, the Los Angeles Lakers offered him a large extension (84M for four years) that he rejected, believing that his value was higher. However, in the Free Agency of 2021 he quickly ran out of market or team due to the rapid progress of the same, having to sign for one year and the minimum with Boston Celtics.

Now, a year later, Schroder is in an identical situation, although with a trick in his favor, as he has shown in this Eurobasket that he is ready to start and perform at the highest level. With the NBA preseason just around the corner, the point guard could arouse interest in those franchises that still have gaps to fill on the roster or salary space. And not only that, but it could land on a potential applicant, something that seems to be waiting.

Dennis Schroder at Eurobasket 2022 in one play

According to InStat data, Dennis Schroder is the player who executes the most direct blocks as a manager in this Eurobasket per game. With an average of 8.2 and converting 2.8 of those sequences into baskets, the German point guard’s game is based on 34.2% of screens to produce in attack.

With this in mind, Spain will have to pay special attention when it comes to stopping Schroder both at mid-court and in transition, since with a block he can easily reach the basket.


The opinions expressed herein do not necessarily represent the NBA or its organizations.

Loading...
Newer Post
Boxing: Golovkin’s secret for the fight against Canelo: “Eat more tacos and burgers”
Older Post
The day Firpo was robbed of the fight of the century