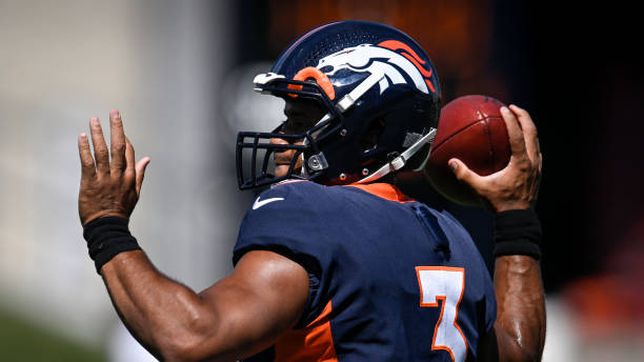 The Denver Broncos were competitive in 2021 with Drew Lock and Teddy Bridgewater as their starting quarterbacks and posted a 7-10 record thanks to having the third-best defense in the NFL.

Now, the Colorado team wants to replicate the success they had between 2012 and 2015 with Peyton Manning with Russell Wilson, a veteran QB with Super Bowl experience, after acquiring him in an offseason trade with the Seattle Seahawks.

The former Seahawks quarterback will take the reins of the Denver franchise’s offense under the guidance of new head coach Nathaniel Hackett. Said additions have changed the face of the team and will allow them to compete against the Chargers, Raiders and Chiefs for the AFC West crown.

Under Hackett, the former Green Bay Packers offensive coordinator, the Broncos’ offense will be based on the passing game with wide receivers Jerry Jeudy and Courtland Sutton. However, Wilson won’t be able to count on his entire receiving corps, as Tim Patrick suffered torn ligaments in his right knee and was ruled out for the season after being placed on injured reserve.

Something that will be beneficial for both the running attack, led by Javonte Williams and Melvin Gordon, and the air attack is that the Denver franchise reinforced its offensive line with offensive linemen Billy Turner and Tom Compton.

It was hard to add value to a defense as talented as Denver’s, but they improved their depth in the front seven with pass rusher Randy Gregory and defensive tackle DJ Jones. Also, they added LB Nik Bonitto through the Draft.

Although on the secondary defense they lost Kyle Fuller to the Baltimore Ravens, the Broncos replaced him by bringing in K’Waun Williams. Rookie Damarri Mathis will compete with Williams for the starting nickel.

Ultimately, the Broncos will have six primetime games and one in London. These commitments will be divided into two Monday Nights (S1 and S6), two Sunday Nights (S3 and S14), one on Thursday (S5) and the last one on the special Christmas billboard (S16). The game in England will be against the Jacksonville Jaguars in Week 9.

Week 1Week 2Week 3Week 4Week 5 in Seahawks vs Texans vs 49ers Raiders vs Colts Week 6Week 7Week 8Week 9Week 10 at Chargers vs Jetsen Jaguars BYE at Titans Week 11Week 12Week 13Week 14Week 15 Raidersen Panthersen Ravens vs Chiefs vs Cardinals Week 16Week 17Week 18 at Ramsen Chiefs vs. Chargers
NFL 2021 salaries: how much does each coach earn and who is the highest paid in the league?
Tennessee got its first victory by beating Las Vegas
How many Watt brothers are currently professionals?
NFL 475