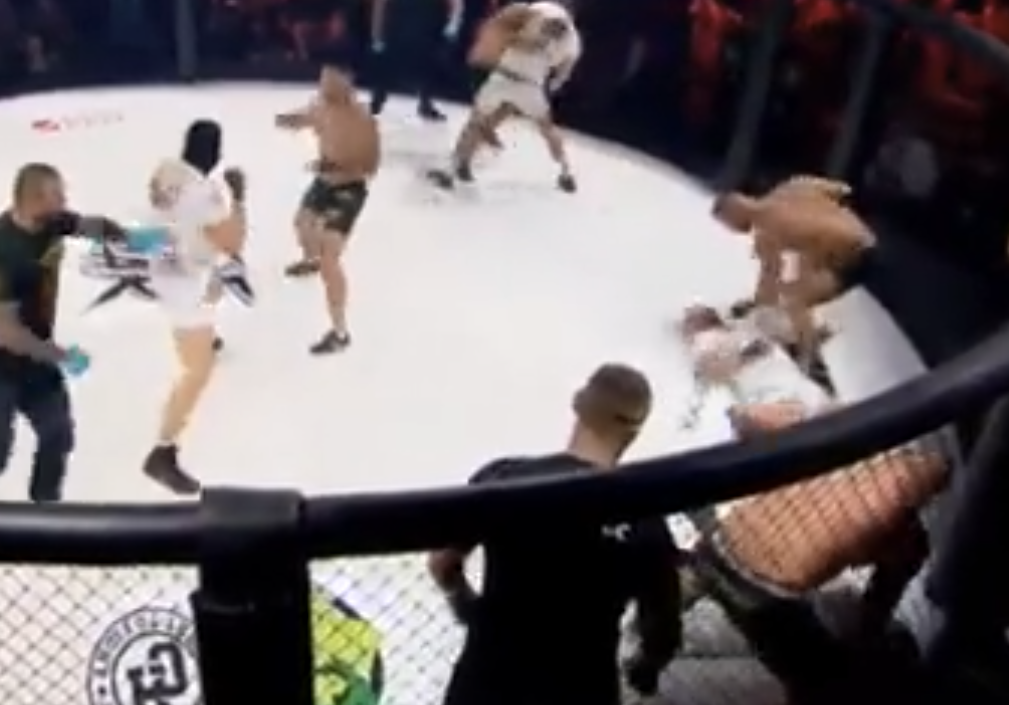 Did You Want To Kill Him ?: Fighter Beats Unconscious Rival Nonstop In Disturbing MMA Group Fighting ExperimentWatch the combat:VIDEO: Check out these spooky enchanted items for sale

At a recent combat sports event in Poland it was made a group fighting experiment inside a cage to add emotion to mixed martial arts (MMA) matches. The attendees really enjoyed the new rehearsal, but not one of the fighters who after being unconscious continued to receive blows to his head against the canvas for several seconds.

The weekend’s poster was named “The War 3” and one of the ingenious ways to attract a larger audience was to adapt the rules of MMA, but giving them a little twist that ended in chaos.

The group fight inside the cage it fulfilled its mission of attracting a larger audience, which ecstatically enjoyed a show like few others.

The fight turned into a team sport generated a lot of attention, but the disorder inside the ring and the image of the unconscious man receiving a beating on the ground were recorded as the most important thing that happened that night.

It was a match of five against five who were supervised by three refereesBut when all hell broke loose the judges were few to control the chaos within the cage.

Less than 20 seconds had elapsed when one of the fighters was unconscious on the floor and his opponent did not stop, he continued hitting his head against the canvas until finally a referee noticed the outburst and ran to stop the man who massacred his rival.

Apparently the cameras also took notice of the matter and decided to leave with images of the ecstatic public to avoid filming the state in which the unconscious fighter was removed.

The event also featured other two-on-two fighting experiments and other “novel” fights, in one of which a female fighter also came out of the cage unconscious on a stretcher.

VIDEO: Check out these spooky enchanted items for sale

UdeC researchers are summoned by the scientific-technical committee on Invasive Alien Species (EEI) of the MMA
Mercilessly: Jessica Andrade defeated Amanda Lemos by submission in one round
UFC: Support rains down on Can Velsquez: “If they abuse a child, they would have done the same”
UFC/MMA 843

Loading...
Newer Post
Who is the boxer with the most wins by KO in the …
Older Post
Boxing: Damin Biacho and Guillermo Rivero will fight for the title of Spain super middleweight