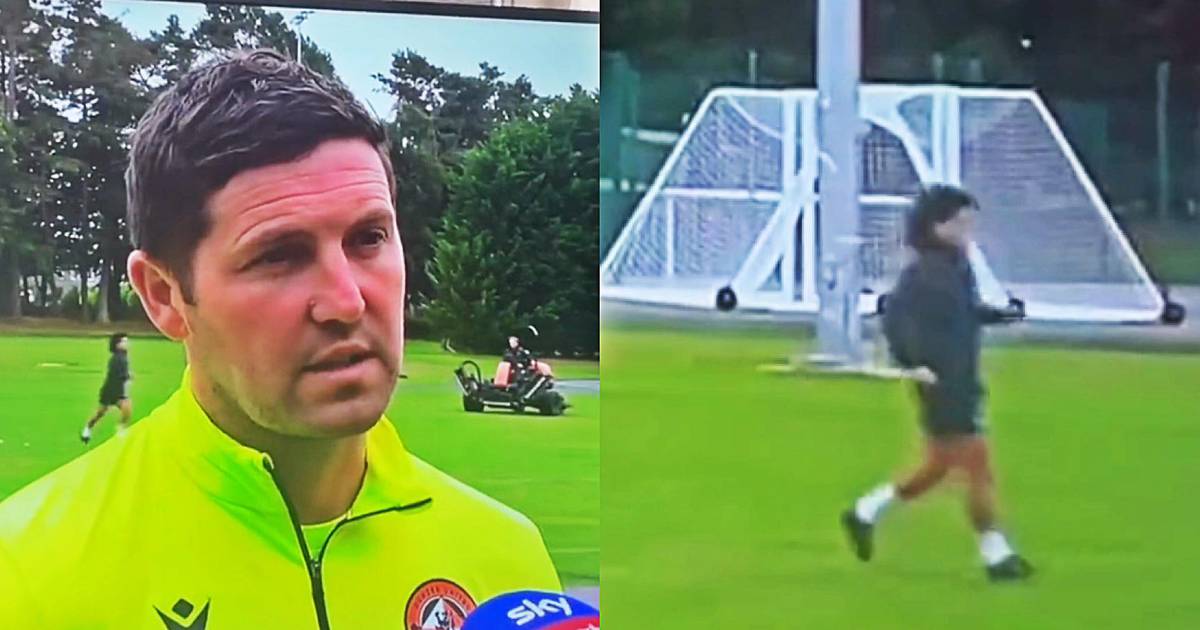 An unusual event occurred during soccer training in Scotland, as the "ghost" of Diego Armando Maradona appeared, who will be two years dead on Nove

An unusual event occurred during soccer training in Scotland, as the “ghost” of Diego Armando Maradona appeared, who will be two years dead on November 25.

In social networks, the video of the exact moment where the interim technical director of Dundee United of Scotland is speaking in an interview was shared, when suddenly a person identical to the legendary Argentine appears in the background.

You can also read: It stays! Cristiano Ronaldo will continue with Manchester United

Not only is he identical physically, but even in the movements he made with the ball.

This appearance did not go unnoticed, since the original video alone has more than 4 million views on Twitter, and dozens of comments, mostly different theories about the “ghost” of Diego Armando Maradona.

It may interest you: This is how the Takis De Todo Mucho party was lived

The published images caused a worldwide stir, remembering Diego Armando Maradona, considered one of the best players in the history of international soccer, and world champion with Argentina in Mexico 1986.

“The best help to be a Morena candidate is my work and career”: Marcelo Ebrard