Dirk Nowitzki, the foreigner who changed the NBA with the Mavericks 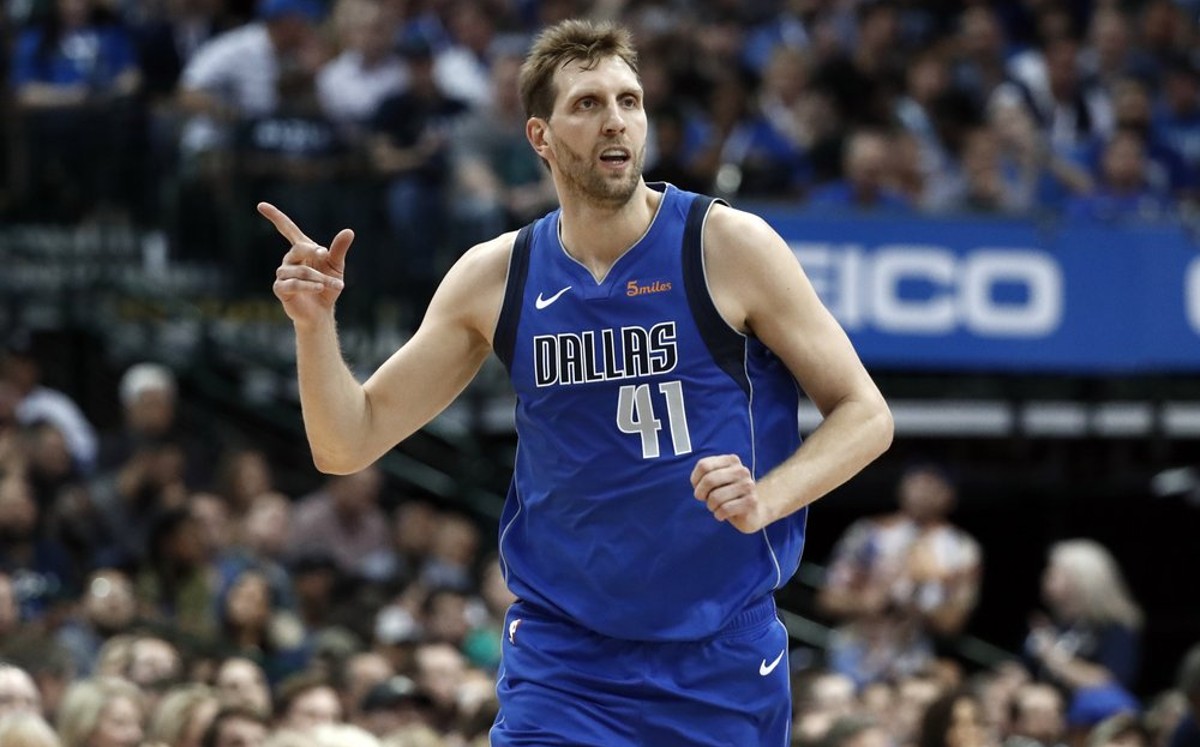 To hear the name of Dirk Nowitzki is to speak of one of the most dominant power wingers in basketball history and, of course, a member of the list of 75 best players that the NBA chose to celebrate his three-quarter life.

“It is an incredible honor to be on the list. It is super difficult to enter because there are players of all times. It is an honor to compare myself with players from other times. It is extremely difficult. I am very grateful to the people who voted for me to be on the list and represent the NBA &#8220;, thanked the German during a global conference on the occasion of Jersey Day (December 14) and with his eyes fixed on the special NBA card on Christmas Day, a sports tradition every 25th of this month.

And of course, preparing a list of such magnitude will always bring controversy. For Nowitzki, the task of his personal list was not easy, since in a league as historical and extensive as the NBA there have been extraordinary players who never won a championship ring, so the criteria of collective titles could not play a role to determine whether or not they belonged to the select group. He had to analyze a general plan of what they meant for the League.

“I tried to draw the general landscape. I was not paying attention to a specific aspect. He couldn&#8217;t leave out players like Patrick Ewing or Charles Barkley for not having a ring. I spent three afternoons, three or four hours each day, making this list. I loved looking at everything and researching players that I hadn&#8217;t seen or knew less about. It was fun, ”he commented. &#8220;And it was not on my own list,&#8221; referring to the fact that he decided to choose 75 other players before him, despite all the mark he left as one of the best Europeans in the history of the National Basketball Association.

His response surprised more than one, taking into account that he was one of the pioneers in further internationalizing the League, as well as being the first European to be recognized as MVP and the second non-American with the award, after Canadian Steve Nash.

“When I came (to the NBA), the teams at most had one international player. The impact not only on the team but also as franchise players or its impact on the community is part of the growth of basketball, ”he explained about the importance of more foreigners taking the leap and venturing into the North American competition. “It&#8217;s really fun to watch. As an international player, I am proud to see where the league is going and to see the evolution of the game and how it is played.

While waiting for their number 41 jersey to be removed for everything done with the Dallas Mavericks, Nowitzki was honest and there are times when he does not assimilate everything done by the city, to which he gave a basketball title and returned to the Mavs in a benchmark of the sport in Texas.

“I am a very shy person and this is too much for me. It&#8217;s been 20 years and I have all of this in Dallas. It has been a dream to be in a franchise and to be part of this community. They tell me on the street how much I have done for the community and for the city. It is surreal to walk through the city and walk down my street or see the shirt on the roof of the American Airlines Center. &#8220;

It was in mid-2019 that he announced his retirement after 21 years in the Best Basketball in the World, in which he played entirely with the Dallas Mavericks, whom he commanded to win his only league title in 2011, whom he represented in 14 All- Star and with whom he won the NBA MVP in 2007.

&#8220;It&#8217;s great. I have traveled extensively and spent time with family and with my three young children. It&#8217;s being a lot of fun. I&#8217;m also doing new things beyond basketball, ”Nowitzki acknowledged, although nostalgia also plays a role in his mind.

“(The NBA) is the best league in the world, with some of the best athletes. And outside of basketball, it gives its athletes the opportunity to change the world and their communities, and the players appreciate it. It is a league with incredibly talented athletes. Hopefully it continues to grow, ”he said.

Loading...
Newer Post
This is how the positions, the annual table, the scorers and the averages for the decline that returns in 2022 remained
Older Post
Two Brazilian politicians settled their problems with a brutal MMA fight