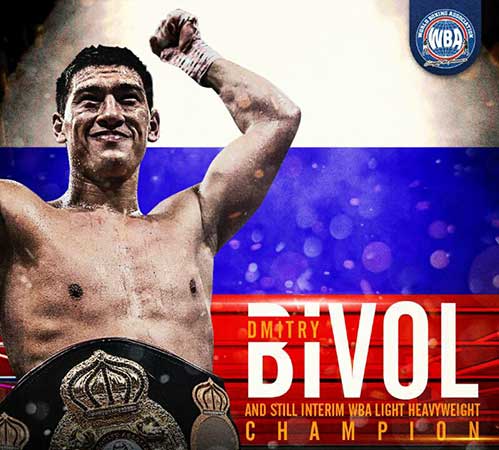 The 175-pound champion wants to close the year in style but must overcome a strong opponent with an excellent record who does not intend to miss the opportunity he has in front of him.

The 30-year-old Bivol last fought in May when he defended his title against Craig Richards in Manchester, England. At that time, the Russian came out of an inactivity of almost two years and achieved a good triumph to return to boxing after the inconveniences that the pandemic has caused.

He has been a WBA monarch since February 2017 and has made seven defenses of his championship in a demonstration of solidity and quality.

Salamov is 27 years old and has lost a fight since July 2017. He has been a regional champion of several organizations and after a streak of seven victories, he now has the opportunity to fight for the world championship.

This week there will be several promotional activities for the fight and Friday will be the weigh-in, the last step for the fight. Bivol has 18 wins, knows no defeat and has knocked out 11 of his rivals, while Salamov has 26 wins, 1 loss and 19 knockouts.

Vasiliy Lomachenko, a boxer out of the ordinary
A class with Jero Dodge partial with punching in boxing
Atlantic returns to command in boxing
BOXING 1352