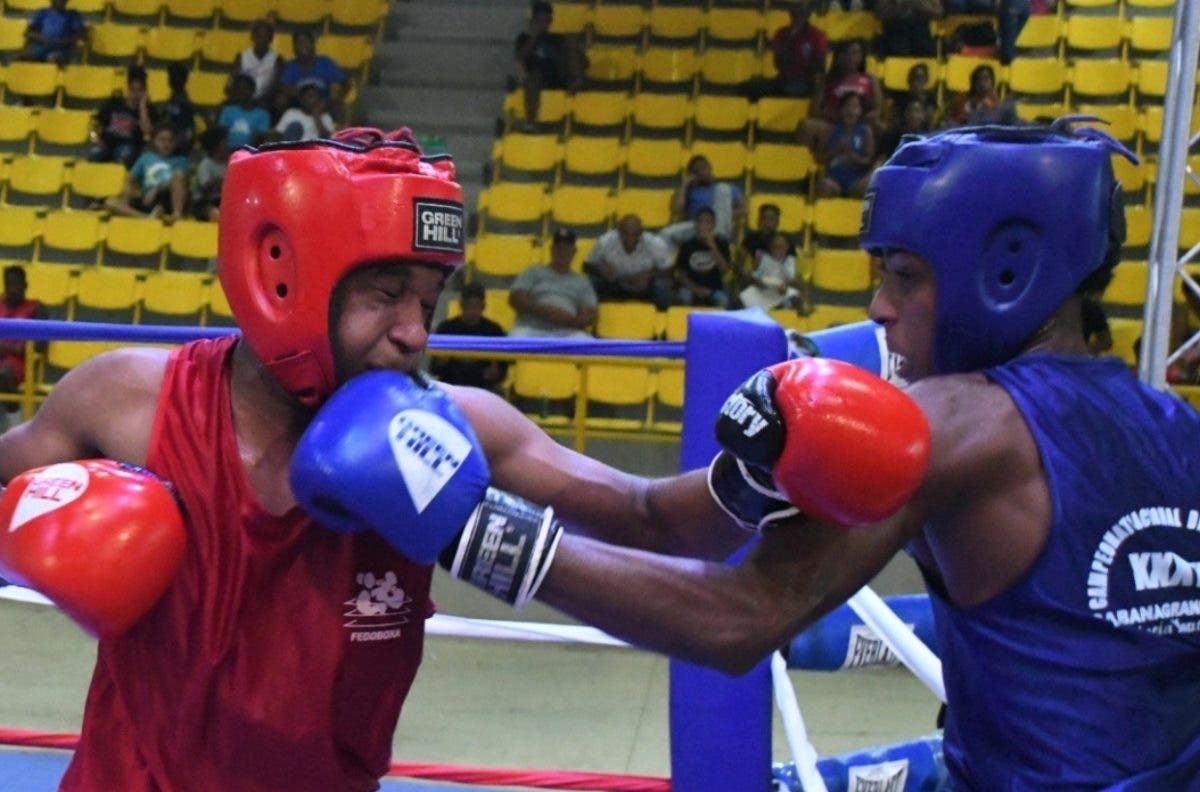 Mejía, Valdez and Franco achieved impressive victories over their rivals; De la Mota, president of the Organizing Committee, valued the quality of the boxers

Savanna Grande de Boya.- Three boxers from the National District defeated their rivals on the first day of the National Youth Boxing Championship that opened this Friday at the Dr. Fidel Mejía sports center in Sabana Grande de Boyá, Monte Plata, dedicated to the Minister of Sports and Recreation, Francis Camacho.

In the first fight, Brayan Mejía, from the District, won 5-0 against Ángel Miguel Martínez from Monte Plata, in the 51 kilos (flyweight). In the 63.5 kilograms, Southerner Leandro Gil defeated Misael Santana, a boxer from the Eastern region, 5-0. Ignacio Valdez, from the National District, also won in that same weight, 5-0, against Andrés Pérez Martínez, from Monte Plata. In another fight, in welterweight (67 kilos), Fedri Franco, from the South, overwhelmed Jonathan Severino (East) in the same first round due to superiority.

Jael Mola Jiménez from the capital defeated Javier García, from the Santo Domingo province, 5-0 in the 67 kilos. The winners of the tournament will make the national team that will go to the Junior World Cup in November in Alicante, Spain. The fair is disputed by 74 champion boxers from the regional qualifiers held in various provinces of the country. The tournament has the main support of the Ministry of Sports and Recreation (Miderec), the State Economic Kitchens, the Airport Department, the Ministry of Housing and Buildings, the OMSA, the Presidential Commission for Neighborhood Development, and the City Council of Savanna Grande de Boyá.

The opening ceremony began with the parade of the South, East, North, Greater Santo Domingo and Monte Plata regions. The words of welcome were given by the mayor of Sabana Grande de Boyá, Isidro Mieses. Franklin de la Mota gave exhortation.