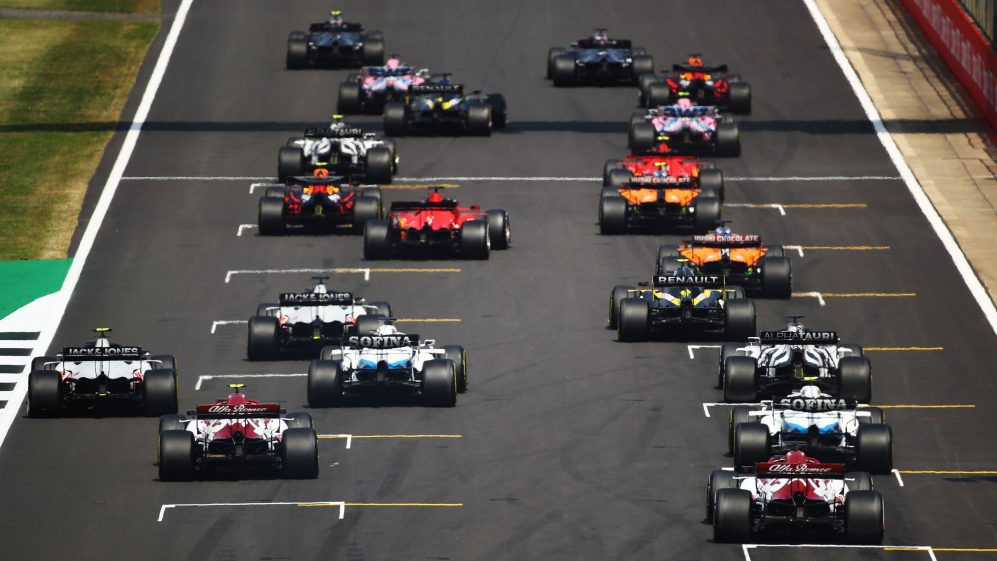 Formula 1 is taking place, however, the meeting has a serious sponsorship problem, leading brands like Oxxo to become an example of what the con

Formula 1 is taking place, however, the meeting has a serious sponsorship problem, leading brands like Oxxo to become an example of what the consumer sees of this important event.

While Heineken strives to be in the minds of consumers, Oxxo only had a simple appearance to steal the attention of the Formula 1.

A simple tweet has highlighted the serious sponsorship problem facing the current edition of F1 in Mexico, an event where it is not clear which brands are behind this appointment with speed, where one of the most anticipated figures to see run is Checo Perez.

The return of F1 is one of the many events allowed during the month of November in Mexico City, which has managed to keep the epidemiological traffic light in green, which has allowed a reactivation of great musical encounters and how is the case of this note, racing.

A video promoted by Red Bull, the brand that led the social conversation this Wednesday that Checo Pérez ran on Reforma avenue, shows the Mexican driver competing against another in opening the largest number of Heineken bottles without alcohol in the shortest time possible.

The idea seems like a simple dynamic where Pérez placed himself as the best uncovering the bottles, however, the effort goes further and is part of the work that brands such as Heineken have taken to demonstrate the sponsorship of an event that at least in social conversation organic, firms like Oxxo have been won by leaving very unclear rules of who is taking the reins of this race.

Through networks we have seen comments like the one made by sports commentator Luis Manuel López, ensuring that it was good to see Mexican sponsors like Oxxo in F1, supporting McLaren.

I had not seen that detail
Oxxo, sponsor of F1
sounds so… laughable https://t.co/QXHxDpBu9M

This activation of the convenience store brand in said team has taken effect and now it is assured in networks that the chain is the brand that has taken the realization of F1 in Mexico City.

This trend was detonated last August and now that it has been seen again on social networks, the brand has been considered as the sponsor of the meeting.

Nowadays, highlighting a sports sponsorship is a very important task, as these have become the new means of communication that brands take advantage of to communicate with audiences.

From this perspective, a very important element is clear and it is the significance of an activation such as Corona Capital, which has managed to turn its brand into a musical experience in itself.

The lesson in sponsorship that we must take is that today these events are important references in the market and are based on very important elements such as the fact that it is about investing in the conversation in networks.

F1 | Practice 1: Mercedes flies at Monza
Formula 1: Lewis Hamilton’s phrase about Max Verstappen and his first lap in the W13
Formula 1 | Sainz is the best of earthlings
FORMULA 1 1331