Does Rins shoot himself in the foot by signing for Honda? 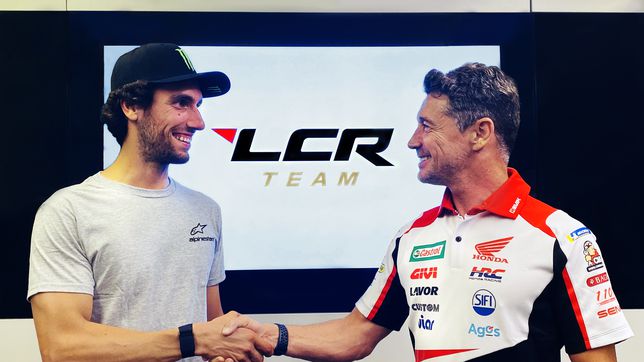 Suzuki’s fright from the World Championship at the end of this season left the World Cup paddock dislocated and its two riders without a motorcycle, a Joan Mir who continues without announcing where he will race next season and an Álex Rins who has already made it official that he will do so in the LCR Honda, under the tutelage of the golden wing. The Catalan assured at Silverstone that he also valued the option of Gresini’s Ducati, which has ended up in the hands of Álex Márquez, but that his main claim was to have official material and that this is guaranteed by Honda. Now, seeing the results of the Japanese brand’s riders in recent times, the question that floats in the environment is this: Will Rins shoot himself in the foot by signing for Honda? The still Suzuki rider, winner of two MotoGP races, races in his case, is clearly not.

This is how he explained it to AS on stage at the British GP: “It’s a ‘big challenge’, a great opportunity, because in the end I’ll have to give my best and contribute all the experience I’ve gained with the Suzuki to try and get the bike going again. That’s nice, because currently with the results they’re getting, I don’t know if it’s the bike or the riders, they’re not getting results. I really want to get on the bike. There are still nine races left, which we will enjoy very much with the Suzuki, but I am not going to lie to you, at times my head already thinks about the Honda and to see how it goes”.

The Barcelona native openly acknowledges the possibilities he had in this transfer market: “It has been difficult to make the decision, since we could make the decision to go to the Gresini team with Ducati and currently all the bikes are running very well, it is more, perhaps The Ducati is doing a little better right now than the Honda, but what I wanted to achieve was to have an official motorcycle and that has been what has made me opt for Honda”.

An important detail, do you have a direct contract with Honda? His response: “Yes. We have with Lucio (Cechinello) and with Honda. It’s two years.” And with the same material that Márquez has and the one who is his partner? His answer to another important question: “Yes, yes, yes. In principle yes. They haven’t asked me for any goal at the moment, it’s too early to think of a goal. I think they sign me for the experience. I don’t know, because of the desire, I have no idea, but in the end it’s a good team, it’s a satellite team but it’s a great team so we’ll see what we can do”.

And he acknowledges that he already has his eyes set on the Honda: “They told me that they had in mind to make a new motorcycle for next year, with things that they bring during the race weekends. Nor am I going to be asking every two for three, because we already have enough work in my box, but we will have to be aware of what they bring in Misano and how the Honda works “

And about the technical team that he will have at his disposal, he says: “In principle, it will be the same as Álex Márquez, because on my part from Suzuki they won’t let me take anyone and we’ll see if Alex takes someone to Ducati. I don’t know that, it’s too soon and they haven’t told me anything for now”.

MotoGP – French GP 2022: Acosta: “I didn’t say I was going to sweep it, but we’ve already arrived”
Argentine GP MotoGP 2022: What a victory for Sergio Garca Dols in Moto3
They retire the mythical number 46 of Valentino Rossi
MOTOGP 703