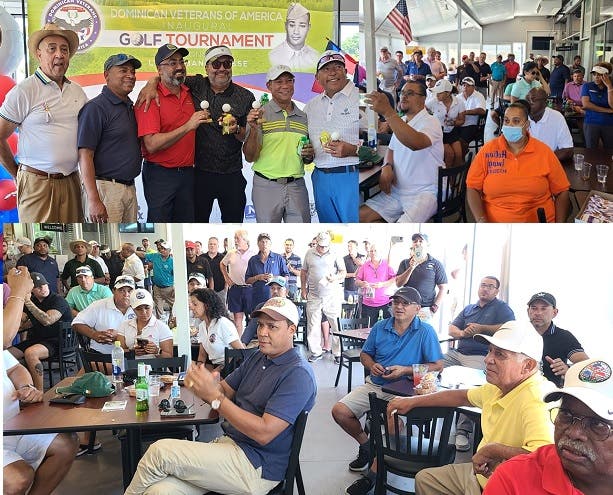 New York. The organization Dominican Veterans of America (DVA), without profit and under section 501 (c) (3) of title 26 of the United

New York. The organization Dominican Veterans of America (DVA), without profit and under section 501 (c) (3) of title 26 of the United States Code, recently celebrated its first golf tournament in this state, said its president- founder, Lt. ® Sammy Ravelo.

It was dedicated to Esteban Hotesse, the first Dominican pilot in the US Army Air Force. UU. And member of the 619 Squadron of Bombing 447, better known as Tuskegee Airmen, during World War II.

The event was held in the exclusive playing field “Sprain Lake Golf Course”, with 6,110 yards, 18 holes, 122 pending and classification 69.3, which is located in 290 E. Grassy Sprain, in Yonkers-Westchester, offering A mostly linear game style, round trip.

It also has a lot of water obstacles and difficult shots, due to its long and narrow design. Dozens of DVA members attended.

The first place was obtained by Julio Guridi, Tony Peguero, Daniel Guadalupe and Ralph Suazo, each receiving an award.

The majority of the members of DVA have served in the Navy and/or Police in the USA, but any civilian can be an integral part, as long as it supports the causes and patriotism of the American nation, Ravelo said.

“We have the support of many people who think and really want to help the cause of veterans,” he said.

The board of this entity, apart from Ravelo as president-founder, is made up of Juan Abreu, vice president; Manny Rodríguez, general secretary; Pablo Ravelo, Finance; José Cabrera and Miguel Hernández, both in discipline; plus Dion Powell, activity secretary.

Loading...
Newer Post
NBA 2K23: Change the history of the league with My NBA: Eras
Older Post
Christian Nodal in Chile 2022: Where is it, when is the concert and where to buy tickets