Doncic abuses the Pelicans and resolves in a few minutes 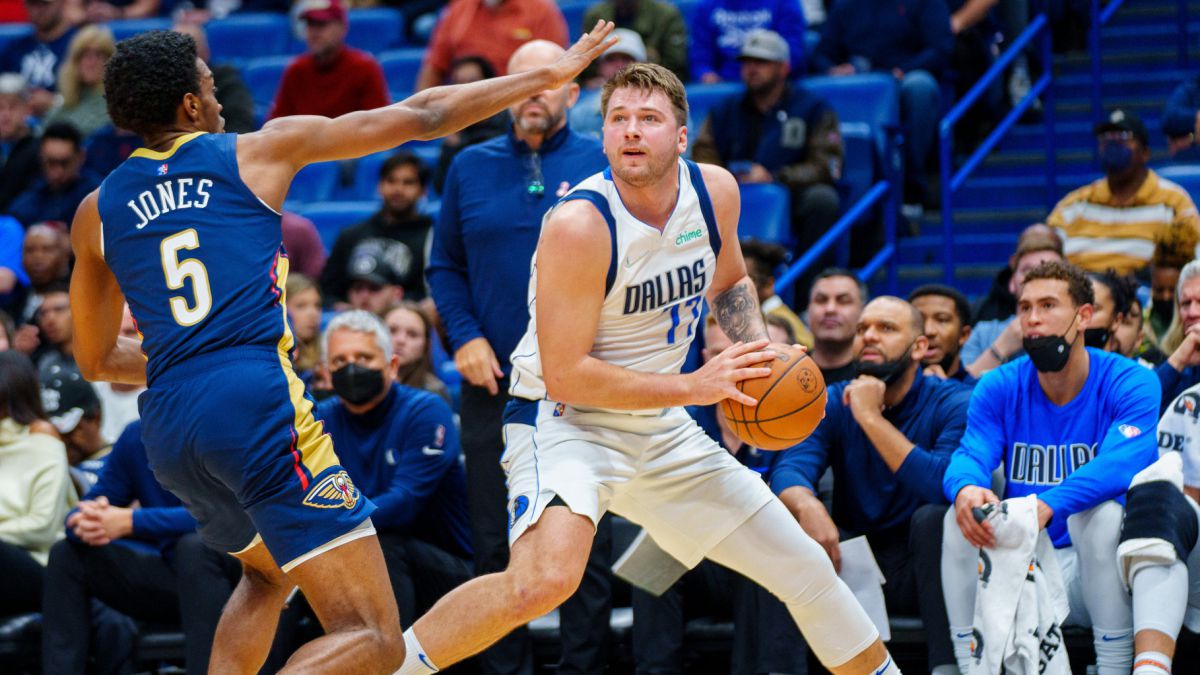 With the smile with which the Pelicans could face this game and how a dry blow can bring you to tears in no time. This is the NBA and the joys do

With the smile with which the Pelicans could face this game and how a dry blow can bring you to tears in no time. This is the NBA and the joys don’t have to last long. The match won at the Clippers’ home, with Jonas Valanciunas taking Stephen Curry’s triplet soul and putting it into his body, led them to want to endorse that good streak of three out of four wins with a joy in front of his fans, but they were far from close. In fact, it was all ruled out almost before the break.

The Mavericks took a comfortable victory from the Smoothie King Center (107-139) in which the irregularity was reflected, whether there is more or less quality, than these Pelicans sin. Come back soon or not Zion Williamson, this is what it is.

After smashing this game with a pure machete with a wild partial, after the first quarter the Mavericks only had to manage that advantage. It was time for Luka Doncic, the main magnet for the defenders on another night in which he showed why he is the leader of his team, to rest during the last stretch, it did not take his presence to put the finishing touch to the game. They, the Texans, had five losses in six dates. This is, effectively, a balm for them to heal certain wounds.

Valanciunas arrived with a great game in his backpack and was stopped this Wednesday night from the beginning. He had to sit for half of the first quarter and in the other, which was on the court, his only positive interaction with the rim was two free throws. The Lithuanian would finish the game with 1/8 in field goals. They had to find other references. With four minutes played and seven minutes away on the scoreboard, Doncic took the ropes and squeezed hard: five shots in a row, two of them from three points, and another two from the personnel line. Fourteen points in four minutes. A swell to be suffered by the local team was warned. Another two assists from the Slovenian for three triples and the final shot of the first period put the Mavs two out of twenty ahead.

Jones was one of those who defended Doncic and got him into trouble in the second quarter. They were not good minutes for the European player, but excellence is not going to last permanently. However, despite the stoppage of Dallas, the local team did not start to reduce the distance. What’s more, that room was also lost. In the third, after passing through the changing rooms, the sentence arrived. Between that the playful Doncic returned, the one who argues with the referees while putting baskets, and that Brunson was once again his faithful squire in his minutes of rest, all done. With 68-91 the player raised in Spain left and Kidd did not need to give him a space on the court again.

Porzingis (20) and Brunson (17) contributed as secondaries along with a Doncic (28 + 14) accurate in the shots: 11/16. In front he had Ingram (29), also going through a good individual streak, but in his case he did not have enough accompaniment.

NBA All Star 2022: Performance of Macy Gray’s anthem at the All-Star Game causes Fergie-style controversy and involves LeBron James
Indiana Pacers – New Orleans Pelicans, live
NBA 2022: What are the Play In, rules, participating teams and how the tournament works
NBA 2536