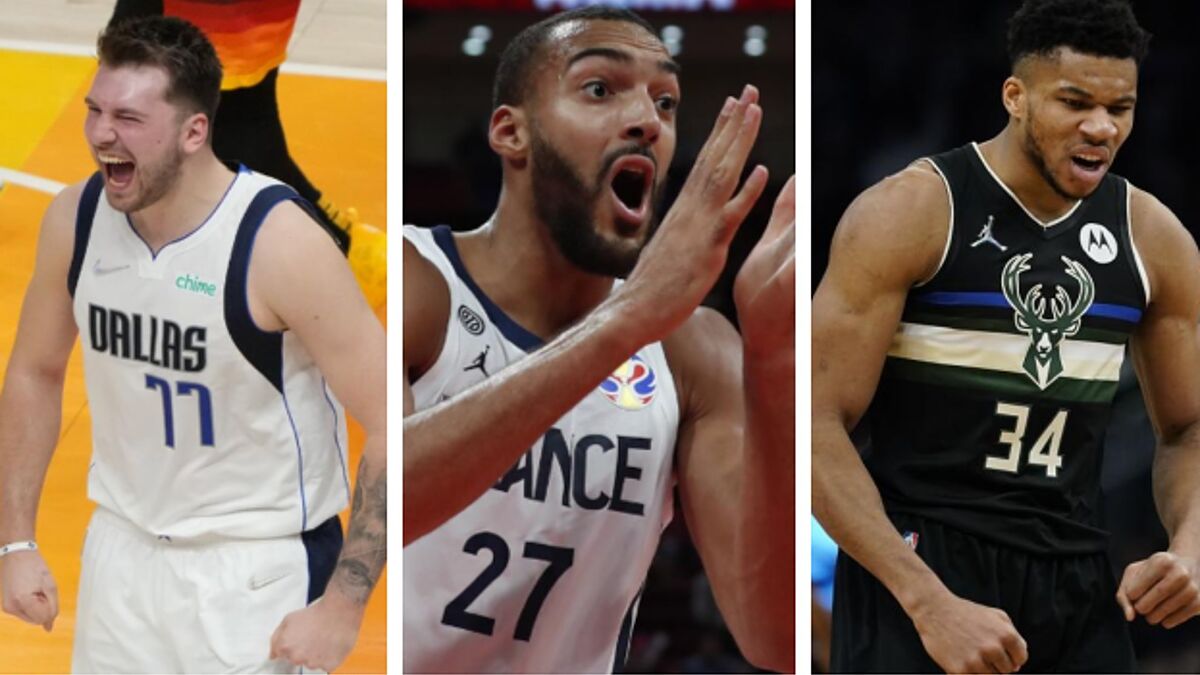 Con all European stars who play in the NBA already on vacation, the desire of some of them to participate with their national teams in the next Eur

Con all European stars who play in the NBA already on vacation, the desire of some of them to participate with their national teams in the next Eurobasket, which will be played from September 1 to 18 in four venues (Tbilisi, Poland, Milan and Prague) and whose final phase will host Berlin.

The pvot of the Utah Jazz Rudy Gobert confirmed in an interview with L’Equipe to be in the Eurobasket with France. “I’ve been clear about it for a few days. Deciding has taken me some time. If I listened to myself, I would always be 200 percent to go, but in the last few years I’ve had some breaks due to knee pain,” he said.

I’ve been clear for a few days. Deciding has taken me some time

“Once I had an MRI done to make sure there were no problems, I was able to organize my summer. It was important that everything was clear in my head before committing. The fact that Evan [Fournier] is there is a factor, I love going to war with him,” he explained.

Another one that is sure to be in the Eurobasket is Luka Doncić. the star of the Mavericks He has always shown an unwavering commitment to Slovenia, and after completing a great season in the NBA, he is clear that he wants to lead his team: “I always say that if I don’t get injured or anything, playing with the national team. I think starting training in two weeks, we will play the qualifying matches for the World Cup and then we will prepare for the Eurobasket. A busy summer,” said the ex-Madrid player in a statement collected by FIBA.

We will start training in two weeks, we will play the qualifying matches for the World Cup and then we will prepare for the Eurobasket. a busy summer

Together with him he could lead the Slovenian national team Goran Dragic (Brooklyn Nets)who has not competed with his country’s team since they won the Eurobasket in 2017. In fact, came to insinuate that his journey with the national team had endedbut the bug has bitten him again.

Nikola Jokic, many possibilities to be with Serbia

I could also be in that championship Nikola Jokic, star of the Nuggets. He has not said it from his mouth, but he has dropped it Misko Ratnatović, your agent. “There are many possibilities that Nikola will play the Eurobasket”, he pointed out a few weeks ago.

Giannis Antetokounmpo thinks about it

Who is not clear at all to come to the appointment is Giannis Antetokounmpo. Nikos Zisis, head coach of the Greek Basketball Federation, I traveled last March to Milwaukee to chat with the crack of the Bucks, but he did not give a definitive yes. you are thinking about it. In the coming weeks, his decision will be known.

Tags: basketball, eurobasketball
Denver beat Golden State to keep hopes of getting through the round
Check the schedule for the matches this Sunday, November 14
The NBA All Star Weekend 2022 brings together the basketball elite
NBA 2899