Doncic succumbs to the Warriors and Draymond, king of controversy 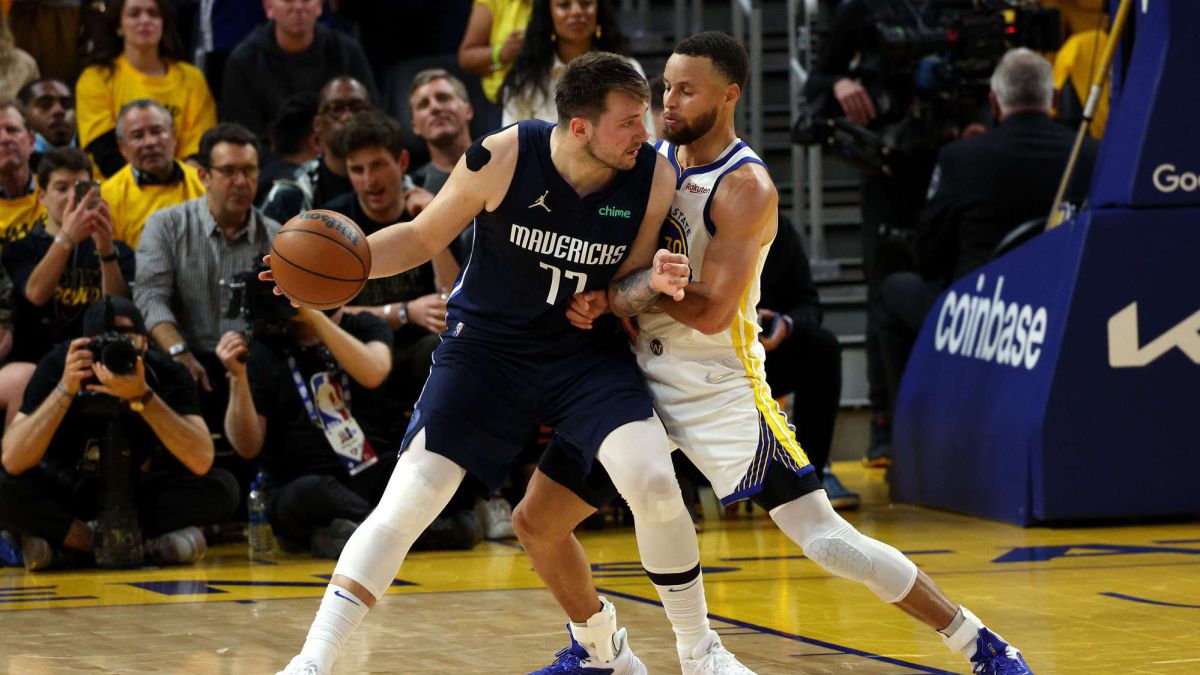 Winning the NBA ring three times are big words. Hardly anyone has achieved it, and those of us who can say it by heart are a group of people obse

Winning the NBA ring three times are big words. Hardly anyone has achieved it, and those of us who can say it by heart are a group of people obsessed with this sport, but they are still a very noisy minority who, precisely because they are a minority, are among the most absolute elite. If everyone won three rings, no one would really be special. As if they are the Warriors, a true dynasty that follows its own, undaunted by the passage of time, enormous in terms of talent, with the longing for past times turned into desires of the present and an innate ability to recover from two consecutive absences to the playoffs with, who knows, another ring. If it arrives, which we will see, it would be the fourth of the dynasty in its sixth Finals. All a momentary hypothesis, but that they have closer after putting a 2-0 by work and grace of experience, the heat of the Chase Center, the wise decisions of Steve Kerr and the ability of Draymond Green to unleash the madness and prevent a 19-point lead from going any further. The man who knows the most always shows up. And Green knows. Much. Sometimes even too.

With 10 minutes remaining in the second quarter, Draymond received his first and last technique. The Warriors were down 8 points (30-38), 9 after Reggie Bullock’s free throw, they had started 2-10 and couldn’t find the key. They were not comfortable well placed in the Chase Center, a house that is his and that has not yet experienced the success that the old Oracle lived. And Green, who knows how and when to unleash the madness, began to do his thing. He was not expelled in that period due to the arbitration permissiveness that his status grants him. And he continued the entire period trying to cut the pace of a team that scored 15 triples at halftime (a franchise record) and that handled comfortable differences in a situation in which he handled himself perfectly. But Green knew what he was doing: Damion Lee entered the game against Davis Bertans, the trend changed, what on one side was a thing ceased to be and the battle-hardened Warriors knew they had won the game even when they were down 19 (48-67). A minor loot for two quarters in which the visiting team had been clearly and completely superior.

A triple from the corner by Otto Porter (11+7+4 and 4 of 4 in field goals) gave the Warriors the first lead of the game (86-85), one that they have not lost. The game reached 90-90 and 92-92 and the Mavericks were still alive 2 minutes from the end (119-112)but a three-pointer by Stephen Curry (32 points, the best of his team) sent the visitors to sleep (literally) and made it 2-0 in the tie for a team that half-deserved it, but destroyed too much a tired rival after 13 playoff games, titanic in effort, but who stopped scoring in the second half (6 of 18 in triples) and received 62 points in the zone, scoring only 30. With tired legs, shortness of breath, many difficulties to emerge, penetrate and run after his rivalsbut much pride, the Mavs have another 2-0 against them (the second in a row), but the Warriors are not the Suns and home arbitration and the fans may not be enough against a team that, by winning one of the two games that he has now in Dallas, he has half a pass to the Finals that they yearn for, desire and, if everything continues the same, they will achieve.

The differential element for the Warriors, in the absence of a Draymond who, aside from messing it up, had a rather questionable performance (6+6+5, but 4 turnovers, 6 personal fouls and a -19 with him on court) It was Kevon Looney: 21 points (15 in the third quarter, a career high in 12 minutes), 12 rebounds, 2 assists and 10 of 14 shooting from the field. An amazing performance accompanied by Jordan Poole, his anarchy, his penetrations and his points (up to 23), the aforementioned Porter and Curry (who added 8 rebounds and 5 assists to his 32 points), and a Klay Thompson who is still not who he was but every day is closer to being who he always was: 15 goals and 6 of 10 shots. The Warriors also overwhelmed the Mavs on the rebound (43-30, 8 of them offensive) and had a brilliant Kerr who stopped the game early, when necessary, and he broke it with rhythm and rotations when he considered that it had to be that way. A brilliant man who has already won, remember, 5 rings as a player and adds 3 more on the bench. The number 9 (combining it all) has few people. And that group is indeed a minority. more than any.

Luka Doncic, this time, was up to the task: 42 points, 5 rebounds, 8 assists and 3 steals (only 2 turnovers), 12 of 23 in field goals, a good 5 of 10 in triples and really brilliant moments, with 14 goals in a last quarter in which he gave the sensation of shooting alone. pull Brunson put together an extraordinary performance (31+7+5), Reggie Bullock went to 21 points, Dorian Finney-Smith to 10… but nothing else. Maxi Klebber still does not find his place in this series (1 of 5 in triples), Spencer Dinwiddie seems misused (Jason Kidd will change things again) and the trend changes negatively again within a game when the other way around is very difficult to change , and is limited to evolve (something that is also good, of course), between encounters. Now heading to Dallas with 2-0 and the most difficult yet. With the fans as the bench, eternally on their feet, and Mark Cuban above basketball itself, jumping in a brave attitude that perfectly hides the millions he has. With all that, an enormous emotional weight and much more, the series changes location. With all that and with Draymond Green. which has already been seen he knows them all.

LeBron James is the first NBA basketball player with a billion dollars
NBA Finals 2022: Stephen Curry with his mind on Game 5: “We have a lot left in the tank”
NBA Finals 2022: Juan Toscano-Anderson, the first Mexican to play in the NBA Finals
NBA 2856