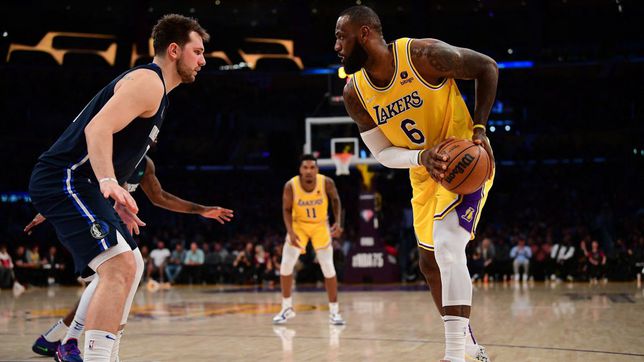 There are still about two months to go until the 2022-23 NBA season begins and we do not have an official schedule, although that will not take lon

There are still about two months to go until the 2022-23 NBA season begins and we do not have an official schedule, although that will not take long to change. In the next few days, probably next week, the NBA plans to bring it to light. But as always happens, some matches are already leaking on key dates of the season.

On opening night the Golden State Warriors will receive their championship rings, as is tradition. This time they will do it with the Los Angeles Lakers in San Francisco. According to Shams Charania, the Warriors-Lakers will be one of the two games that open the season. The two franchises with the most media coverage today. Stephen Curry vs LeBron James, two of the best players in history. The choice seems correct.

The big day during the regular season is Christmas. On December 25, five games are always played that occupy all the time slots of the day in the United States. Who wants to dedicate the day only to watch NBA can do it. So the matches for that date are carefully selected. For this year there are already two that seem to take shape according to Marc Stein. And in both the Warriors and the Lakers are involved.

In a decision that breaks with the usual rule, the champions will not receive the finalists at home. There will not be a Warriors-Celtics, but a Warriors-Grizzlies. Ja Morant and company will travel to the Chase Center in what will be the repetition of the semifinals of the Western conference, a series in which there was a lot of tension, crossed statements and the birth of a kind of rivalry. In addition to this game, the NBA has also decided to bring together two of its biggest stars. Luka Doncic and LeBron James will face each other in Dallas. It will not be the first time that the North American league has tried this matchup on its big day. He already did it in 2020, Doncic’s third year in the competition and the first to come from being an all star and selected in the best quintet of the season, things that he has done uninterruptedly for the last three years.

Loading...
Newer Post
Lomense raffles his car to travel to Mexico and become a professional boxer
Older Post
VIDEO: CRAZY! This is how an incredible GP2 car imposes itself on the open road