Doncic: “When I was in Europe the best was Llull…” 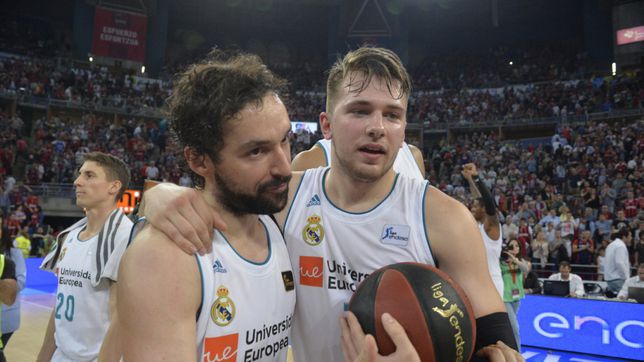 Luka Doncic participated a few weeks ago with his former partner JJ Redick in The Old Man & The Three podcast. The Mavericks point guard revealed

Luka Doncic participated a few weeks ago with his former partner JJ Redick in The Old Man & The Three podcast. The Mavericks point guard revealed that he gets along very well with Serbian Nikola Jokic, although the one from the Nuggets is a bit peculiar: “He doesn’t have Instagram or any social network. He is a different guy. He loves the horses of his. I have tried to convince him to create an Instagram account but he says no way”.

Horse racing has always been one of the center’s obsessions. According to his father, his love for the equine world began when he was a child, since as a child he cleaned the stables before going to school. His obsession is such that when Michael Malone traveled to Serbia to learn about his player’s roots, he picked him up at the airport and took him directly to a horse race.

Doncic and his three great references

Doncic, who came to the Real Madrid youth academy at the age of 13, confesses that he used to watch little in the NBA: “The games were at three in the morning. Night hours”, but that he always admired LeBron: “His skills, everything he ago… He’s scoring 50 points at 37 years old. It’s unbelievable.”

But a few years ago he also looked at other players: “Spanoulis is a legend. He retired a couple of years ago and I’ve always admired him a lot. He was a great leader, one of the most decisive players ever in late matches. He was amazing. And what about Sergio Llull. When I was playing in Europe, he was the best and he helped me a lot: watching him train, training with him. He played with a lot of energy”.

NBA: Playoffs NBA 2022: as is the table of confrontations and the ‘play-in’ after the end of the regular league
NBA 2022 PlayOffs: Warriors win the West and stifle Doncic’s miracle attempt: Curry returns to the NBA Finals
NBA fines Durant for throwing ball into stands
NBA 2834

Loading...
Newer Post
They will celebrate this Sunday, June 19, triangular boxing dedicated to businessman Otto Conce
Older Post
US Open 2022 | Golf: What Mickelson was missing: He misses the cut and believes he hit a spectator