Double loss of the Mavs with the Knicks: Brunson and Hartenstein 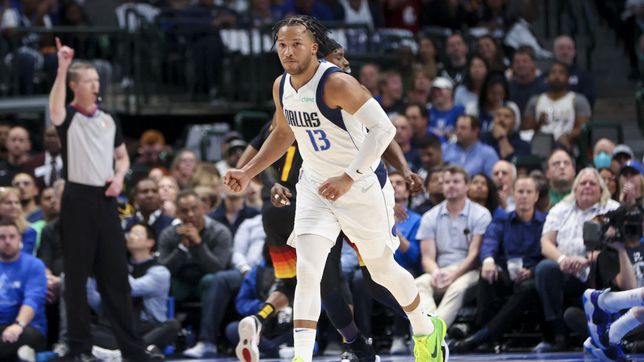 Before the period to negotiate with free agents was opened, the first movement had already been confirmed. And precisely the bleeding of this issu

Before the period to negotiate with free agents was opened, the first movement had already been confirmed. And precisely the bleeding of this issue is what the NBA will have to attend to with its tampering rule, because the terms were specified before 0:00 (Spanish peninsular time) that marked the start of the market. . Jalen Brunson heads to the Knicks, where he will be for the next four years. The salary range will go from 104 to 110, to polish with incentives when drafting the contract and signing it when the moratorium period is over.

Brunson had received all the indicators from the Knicks. The team had bet everything on him to give him a great contract, opening a gap for him to be able to face the great economic offer that has been confirmed, and the meetings that had been planned with Dallas and even with Miami were ruled out by not offering the player any sign of wanting to sign with another team that was not the one from The Big Apple.

During the last playoffs, the shooting guard was one of the main protagonists of the Mavs’ game, which led them to conference finals that had not been reached since 2011 with that team that later became champions, finishing with an average of 21.6 points and discovering himself as a valuable squire of Luka Doncic. Despite the fact that the two started in the NBA at the same time, in 2018, they now separate their paths so that Brunson faces a greater responsibility in the Knicks, eager to take a step forward similar to what has been seen in Dallas during the last year. .

In Jalen’s case, everything has stayed at home. Rick, her father, is Thibodeau’s assistant, with whom she had already coincided on the bench, starting this summer. Leon Rose is the manager who is going to sign him and Sam Rose is her agent, being both father and son. This has been key in the decision.

Villanova’s ex, who was also born in New Jersey, wanted to have a greater role than he had next to Doncic. The number of possessions in which Luka amassed the ball seemed too much in the head of Jalen, a player with the potential to lead from the ball.

The Mavericks are looking for one or two centers in this summer market to strengthen the position, even having traded for Christian Wood recently. One of those they had on the card was the German Isaiah Hartenstein, who after a tough start in the NBA has shown his best face in the Clippers. But it won’t be him either. The player, after consulting his options, also leaves for the Knicks. Shams Charania (The Athletic) has given the scoop: a contract of 16 million for 2 years of service. The interior, 24 years old, comes from averaging 8.3 points and 4.9 rebounds as a substitute for Ivica Zubac who has renewed with the Los Angeles entity.

NBA: The NBA stokes the fire of controversy with the anti-vaccines: they will not be able to eat or change with their teammates
Minnesota Timberwolves – Denver Nuggets live
NBA Highlights and Results: Today’s Games, November 18
NBA 3181

Loading...
Newer Post
Ronda Rousey: “I no longer wanted to fight in MMA, I did it for the people”
Older Post
First gold of Venezuelan boxing in the Bolivarianos!