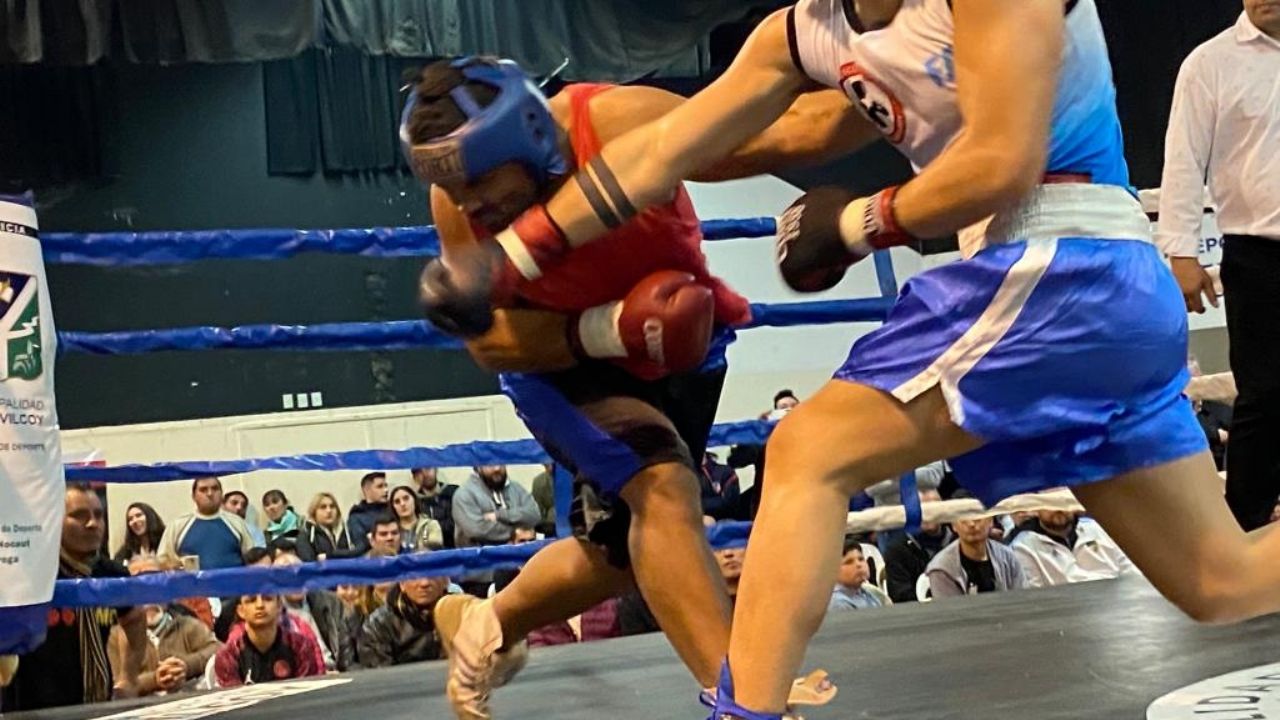 On Friday, a boxing festival was held at the Club 22 de Octubre that had seven fights and two exhibitions. It was attended by renowned former pro

On Friday, a boxing festival was held at the Club 22 de Octubre that had seven fights and two exhibitions. It was attended by renowned former professional boxers such as Darío Mattioni, Luis Gustavo Sosa and current ones such as Tamara Demarco (Saladillo), former WBO World Champion, and “Bebu” Verón (Olympic Champion), challenger to the WBC World Title. It was supervised by the Municipal Boxing Commission of May 25, chaired by Néstor Cánepa. The festival had after a long time, a six-round professional fight. Exhibitions of two little ones from the Barrio Blanco and Escuela Cofi de Mercedes schools.

As is often the case in amateur boxing, there were no fights on the show due to irresponsibility or different circumstances that can occur to boxers who come from other cities; Oscar Nieborg had put together a program with twelve fights, of which he had seven left, because in the last 24 hours, the rest were lowered. This happens and it is irremediable, unfortunately. So we deprived ourselves of seeing the pupil of “Squirrel” González Alejo Vivas because his rival did not come.

The show had a good response from the public, important in times of lean times in the pocket and the weather.

The complete program and its respective results were as follows:

Martina Doucet (43,800) fought in the amateur semi-fund and beat Guadalupe Maugeri (47) from Tigre by unanimous decision. She well won the pupil of Oscar Nieborg, representative of the White Neighborhood Boxing School.

In a fight that was hardly even a fight, Nahuel Roldán (88,100) won by NK against Jorge Romero (95) from Chacabuco, a very poor exponent, pupil of “Chanchi” Medina. A fight that adds nothing to the local boxer, due to the poor performance of his rival.

In the professional long-distance fight, at six rounds, Angel Sacco (May 25) 79,300 and Maximiliano Corso (La Plata) (79,150) fought. He unanimously won the boxer of 25 de Mayo, who represented the Escuela del Barrio Blanco. An interesting fight with a clear dominator in all rounds.

Obs. A very heartfelt absence, that of the doctor on duty for so many evenings, Dr. Sergio Melo (f).

Supervised: Municipal Boxing Commission of May 25

Stars Triumph in Santiago International Boxing Card | AlMomento.Net
Boxing: Jaron Ennis eyeing Spence and Crawford
Mafia, an unfulfilled promise and a brothel: the last days of “Ringo” Bonavena before falling into a trap and being killed
BOXING 4195