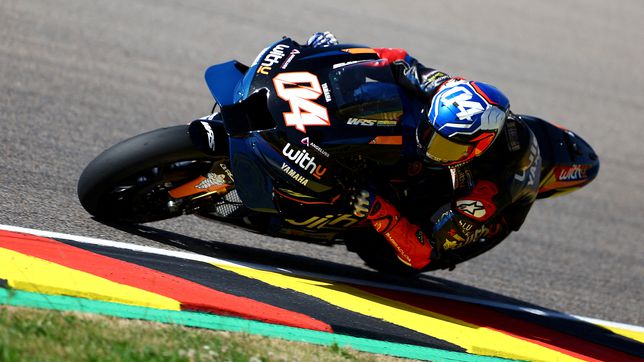 It was an open secret and it was the pilot himself who confirmed his departure. Being honest in an interview with MotoGP.com, Andrea Dovizioso adm

It was an open secret and it was the pilot himself who confirmed his departure. Being honest in an interview with MotoGP.com, Andrea Dovizioso admits his departure from the competition at the end of 2022. The Italian will say goodbye to the World Championship after returning to competition at the end of 2021, as part of the puzzle that led to the departure of Maverick Viñales from Yamaha. The one from Forli took the place in the satellite that Franco Morbidelli left free with his jump to official, already keeping the place for this current course that, due to the protagonist’s hard work, has not had the results or the level expected of a runner-up of the world. Dovizioso no longer returned to his level with Ducati, a brand from which he said goodbye in 2020 after not reaching an agreement for his continuity.

The Italian, who only has ten points in his locker, admits that the season “is being really difficult”, affected by starting in the races “from far behind, and thus things are even more complicated”. “In free practice it’s hard for me to be in the middle of the group, and when you start so far behind in the race, everything is much worse”, he adds, confessing that the situation “is being difficult to assimilate, especially because I train after training, race after races, everything is becoming a reality, something habitual”. “MotoGP has changed, the bike has changed, the rivals too, you have to handle the bike differently…there are many small reasons, and if you put it all together, you understand what I’m going through”, he explains.

For this reason, the decision is clear and has already been made: Dovizioso leaves MotoGP. “Of course I’m not going to race (in 2023), there’s no reason to. I’ve always said that I don’t want to be here if I’m not going to be competitive, because you don’t enjoy it and you only suffer. It makes no sense, and less after 20 years. I have never tried to have a site for next year. But I am relaxed. Last year I already spent six months without racing, it’s fine for me”, he assures, so he will have time again for his great passion, motocross, a discipline to which he has already dedicated himself during 2021, in his months away from the World Championship.

A motorcycle for Quartararo

It was lived for years with Honda and Marc Márquez, but Yamaha is now the one who replicates the situation. There is talent among its riders, but the M1 is a motorcycle with which only Fabio Quartararo wins. Dovizioso already speaks of a “quite unusual” stage for the Japanese factory: “The feeling is good, the bike turns and brakes well, but there are other things that are not so good. If you don’t ride like Fabio Quartararo, it’s very difficult to be competitive with this bike. If Fabio wins it means there is a chance to be fast, but if the other drivers have been complaining all these years, it means there are more ways to be competitive than in the past”.

The new life of Valentino Rossi after his retirement from MotoGP
Hard crash for Joan Barreda, and victory for former MotoGP rider Petrucci
Victory for Francesco “Pecco” Bagnaia in the British MotoGP
MOTOGP 703