Dragic and his ‘no’ to Doncic’s Mavs: “I didn’t want to be a cheerleader” 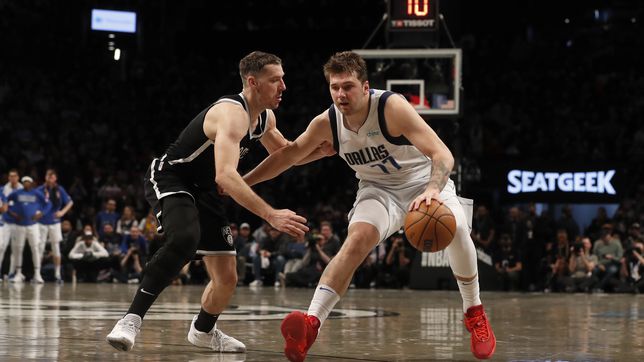 Goran Dragic has gone to the Bulls and not the Mavericks, as many others thought. His arrival to the Texan team seemed more than likely with the d

Goran Dragic has gone to the Bulls and not the Mavericks, as many others thought. His arrival to the Texan team seemed more than likely with the departure of Jalen Brunson, but the veteran player (36, 14 of them in the NBA), has decided to set course for a team that, in his own words, assured him minutes “of substitute base. This has been the main reason for Dragic to opt for another franchise other than the Mavericks for whom he has constantly sounded in recent years, but in which he has never landed. For one reason or another, the Slovenian has never shared a team with his compatriot, Luka Doncic, outside the Slovenian team. And together they won the 2017 Eurobasket. But their association ended there.

The Nets have been the last to enjoy the services of a Dragic slightly diminished by age and physical problems. He got there from a Raptors in which he never wanted to be and with whom he only played 5 games. Before that, Dragic became one of the most respected players of his generation for six and a half seasons on the Heat. Before that, he showed his virtues in the Suns, where he served as a substitute for Steve Nash first (his great performances in the 2010 Conference finals, against the Lakers of Kobe and Pau remain in the memory) and later as a leader, in his second stage after two years in the Rockets, in a very fun team (with Eric Bledsoe, Gerald Green, Jeff Hornacek as coach) that achieved 48 wins in regular season, the most in NBA history for a team that is left out of playoffs.

Dragic was also part of the Third Best Quintet in 2014, the year in which he won the Most Improved Player award, when he averaged more than 20 points per game. And All Star in 2017, under the orders of Erik Spoelstra in the city of Miami. The base is assured a role of between 20-25 minutes in his new team, the Bulls. A role to support Lonzo Ball that it seems that they did not want to offer him some Mavericks whose game is excessively monopolized by Luka Doncic, but who does not have another game generator after Brunson’s multimillionaire departure to the Knicks (who have given him 104 million dollars in 4 seasons). It is surprising, at least slightly, that the Mavericks did not want to have Dragic and offer him a little more minutes on the court. Especially if we take into account that the Slovenian barely cost a veteran minimum.

“We were in talks with Dallas,” Dragic explained in a Slovenian media. “They made an offer, but I decided not to accept it. They wanted me to play one game and then sit on the bench for the next five. I know I can still easily play 20 minutes a night. I’m not ready to retire or just sit on the sidelines and cheerleader.” Some very harsh words from the Slovenian point guard, who in the same interview assures that he was not very happy with Kyrie Irving and Kevin Durant in the Nets… and he does not make too many references to Luka Doncic. Something may or may not happen there. We may never know.

Goran Dragic: “We were in talks with Dallas. They made an offer but I decided not to take it. They wanted me to play 1 game and then sit for the next 5. I know I can still easily play 20 minutes per game. I’m not ready to retire and just sit on the bench in a cheerleading role.” https://t.co/0W6yW1U6kG