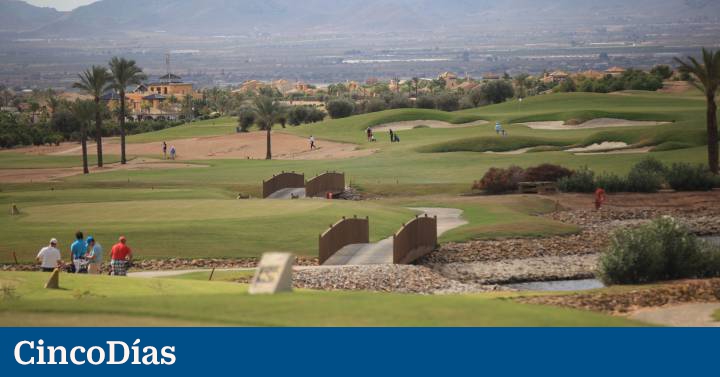 Climate activists from an organization called Extinction Rebellion have taken action against golf courses in the south of France, filling holes wi

Climate activists from an organization called Extinction Rebellion have taken action against golf courses in the south of France, filling holes with cement in protest at exemptions from water restrictions during one of the worst droughts on record.

French authorities have asked their citizens to avoid non-essential water use, such as washing vehicles and watering gardens. However, activists complain that golf courses are still allowed to water the greens.

The protest action took place at the Vieille-Toulouse club and also at the Garonne des Sept Deniers field.

Defending his exemption from water restrictions, Gerard Rougier of the French Golf Federation told the digital media France Info: “A golf course without a green is like an ice rink without ice.”

Extinction Rebellion Toulouse published a photo on Twitter which apparently showed a golf hole filled with cement and a sign reading “This hole is drinking 277,000 litres. Do you drink that much? #Stop Golf.”

A petition aimed at removing the exemption enjoyed by French golf courses during the drought said: “Economic madness takes precedence over ecological reason.”

Water bans are enforced at the discretion of regional officials and, until now, only Ille-et-Villaine in western France had banned golf course irrigation.

France had been one of the hardest hit by hot, dry conditions across Europe with firefighters battling a “monstrous” blaze in the forests of south-western France.

Tags: country, cement, France
Golf was the second sport to be activated in the country
Sestao opens the Las Camporras disc golf course
Wenceslao Mansilla: “It’s the first time I can dedicate myself one hundred percent to boxing”
GOLF 1516