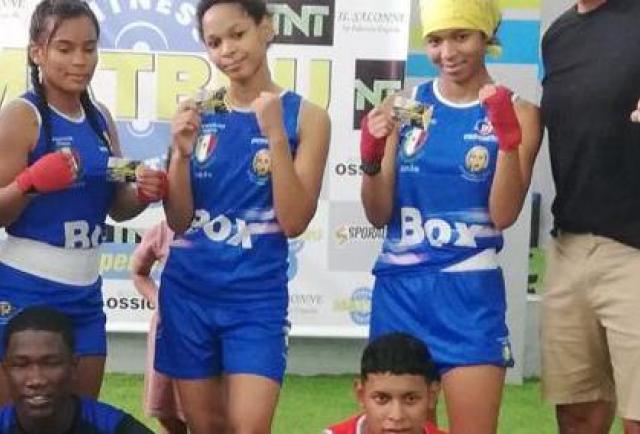 Six young people from 13 to 20 years old from the Pablo Sandiford boxing school, from Duran, and selected from our country are the promises ofEcuadorian boxing.

Daniela and Fernanda Tenorio Alvarado are sisters. His father Daniel was a boxer and despite his financial limitations he supports and instills this sport in his children. “I have 4 children, three of them national champions and 2 international. We are representing Durán ”, he told EXTRA.

“In Ecuador we are going through hard times, but that does not prevent parents from supporting children. I am a taxi driver, We don’t have transportation, sometimes I take them, we don’t have a house and we rent ”, he clarified.

His daughter Daniela has been boxing since she was 13 years old. “I have achieved national and international championships, and I am preparing for the 2022 World Cup in Russia,” he said enthusiastically.

Jampier Hurtado is another example of overcoming. At only 17 years old, he has won 8 national championships. &#8220;I am selected from Ecuador and I am preparing for the Olympic Games in Paris in 2024, thanks to the Duran boxing school,&#8221; said the athlete.

As support to the preparation of these champions, Jipson contreras, from the Matbru Fitness Center, awarded a scholarship for his training. He explained that “the idea is to do preventive work so that the boys are not immersed in drugs, there are so many young people on the street; The Municipality has sports schools, we as a private gym provide that complement so that they can train their potential ”.

He stressed that being poor is not an obstacle to go far. “There are three girls in extreme poverty, they are selected and they study; you have to combine sports and studies, something important to join forces and do something preventive, &#8220;he said.