Durant to the Celtics and Irving to the Lakers: The megatransfer that can change the NBA 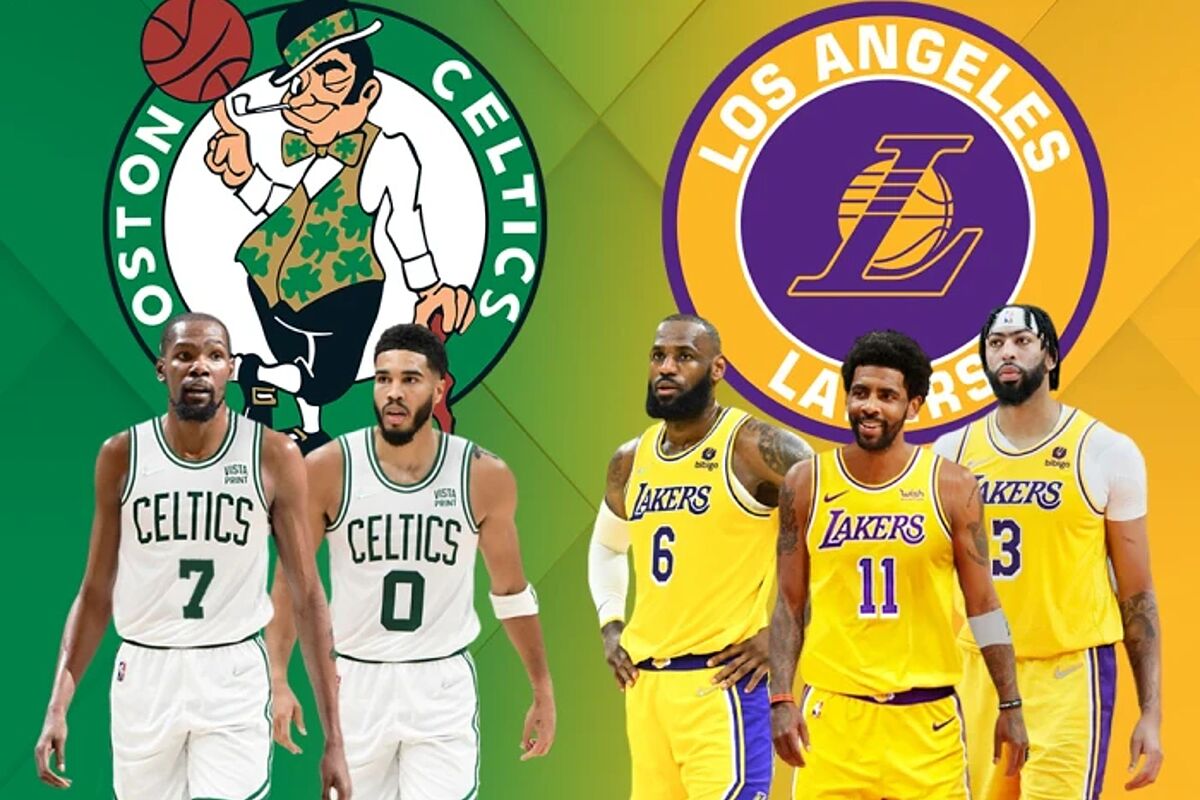 Lhe Boston Celtics want more, and even though they've done a good job of adding shooters Malcolm Brogdon and Danilo Gallinarithey keep on the looko

Durant to the Celtics and Irving to the Lakers: The megatransfer that can change the NBA

Lhe Boston Celtics want more, and even though they’ve done a good job of adding shooters Malcolm Brogdon and Danilo Gallinarithey keep on the lookout for the superstar Kevin Durant I asked for the transfer a few weeks ago.

according to The Athletic they will have offered to Jaylene Brown as bait while waiting for the Nets to accept a trade. But those from Brooklyn a priori rejected the supposed offerAccording to the aforementioned media, since the demands of the Nets seem to be unattainable for now.

“The Celtics offered to Brownto the escort Derrick White and a draft selection to the Nets for Durant,” according to sources in the aforementioned media outlet. “The proposal was rejected and Brooklyn has asked Boston, in any proposal, to include Brown, defensive player of the year Marcus Smart, various draft picks and potentially one more rotation player”, according to the sources of TheAthletic.

But Boston has a budding superstar in Jayson Tatum and some other solid parts, including Al Horford, Robert Williams III and Malcolm Brogdonwhich would be likely to enter into an operation to seize Kevin Durant. They will be able to meet the business demands of brooklyn and close the deal. It will be a bombshell NBA

Westbrook, a drag for the Lakers

The other team that could radically change the NBA scene are Los Angeles Lakers. The experiment of Russell Westbrook it was a complete disaster. The point guard had the worst season of his career and I don’t get along with LeBron James. Westbrook ended up throwing a 44.4% shooting from the field, 29.8% on 3-pointers and 66.7% from the free throw line.

The Lakers they need to get rid of Westbrook and bring a superstar like Kyrie Irving, that I already won with Lebron James a championship in Cavaliers in 2016. They have chemistry on the court. Kyrie is a better fit than Westbrook in almost every way. And Irving is available for a trade, as The Athletic’s Shams Charania reported:. The scenario leaves an option in which both movements could occur:

The Celtics could offer to Jaylen Brown, Marcus Smart, Derrick White and a 2025 first-round draft pick and a 2027 first-round pick in exchange of Kevin Durant. Jayson Tatum is absolutely untouchable, and JAylen Brown it was at the beginning of the year, but it stopped being when Kevin Durant I asked for the transfer. The Celtics can also hang on to other key players, such as Al Horford, Robert Williams and Malcolm Brogdonwhich can be placed around the two superstars.

But Brooklyn is not going to let go of Durant at any price.. He wants an All-Star to replace his star, and the Celtics’ package gives them that. Brown is an All-Star with the opportunity to form a good do with Ben Simmons, and Marcus Smart He has just finished a season in which he was named the best defensive player in the league. Adding Marcus Smart and Derrick Whitethe Nets can still be a playoff team.

The Celtics are a very competitive team as they are currently built, but Durant will take them to another dimension. Not in vain, it is considered as one of the top 15 players of all timeand the Celtics know it.

The Lakers could offer Russell Westbrook, Talen Horton-Tucker, a 2026 first-round pick and a 2027 first-round pick in exchange for Kyrie Irving and Seth Curry. It’s no secret that Brooklyn wants to get rid of Kyrie because the player has been off center and immersed in controversy over the issue of vaccination during his time in the franchise. But together with LeBron James could form a dynamic two togetheras they did in the past on the Cavs. 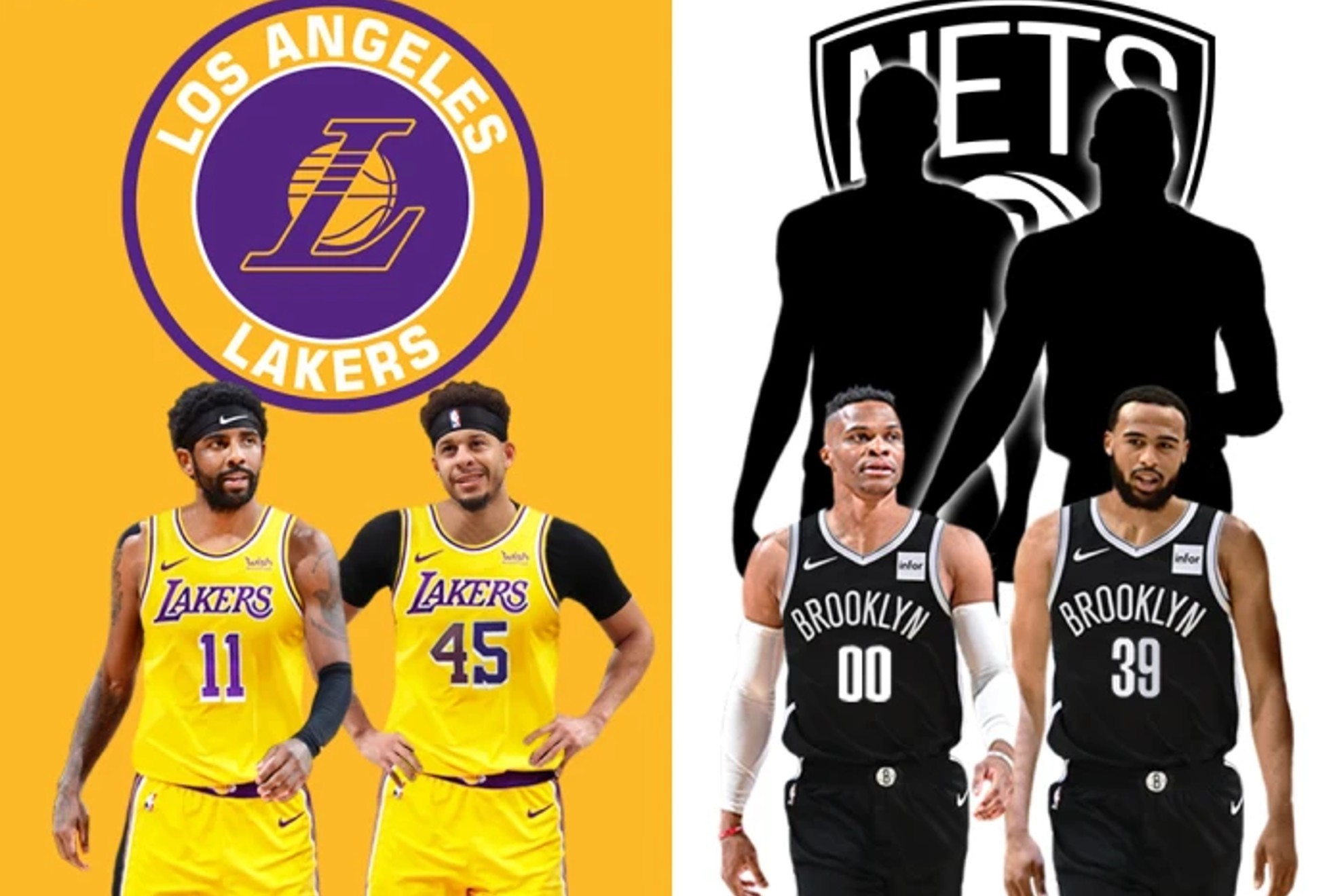 The Lakers could thus create the scariest ‘Big Three’ in the NBA with LeBron James, Kyrie Irving and Anthony Davis. The base does not seem to be too focused on basketball, but that could change when I team up with LeBron again and believe again in the real possibility of winning the championship.

Tags: Claro-MX/Basketball/Nba
NBA Finals 2022: The 5 reasons why the Golden State Warriors won the NBA title
NBA Draft 2022: Shareef O’Neal, son of Shaq, signs with the Lakers for the Summer League after not being selected in the Draft
Manu Ginbili inducted into the NBA Hall of Fame
NBA 3182