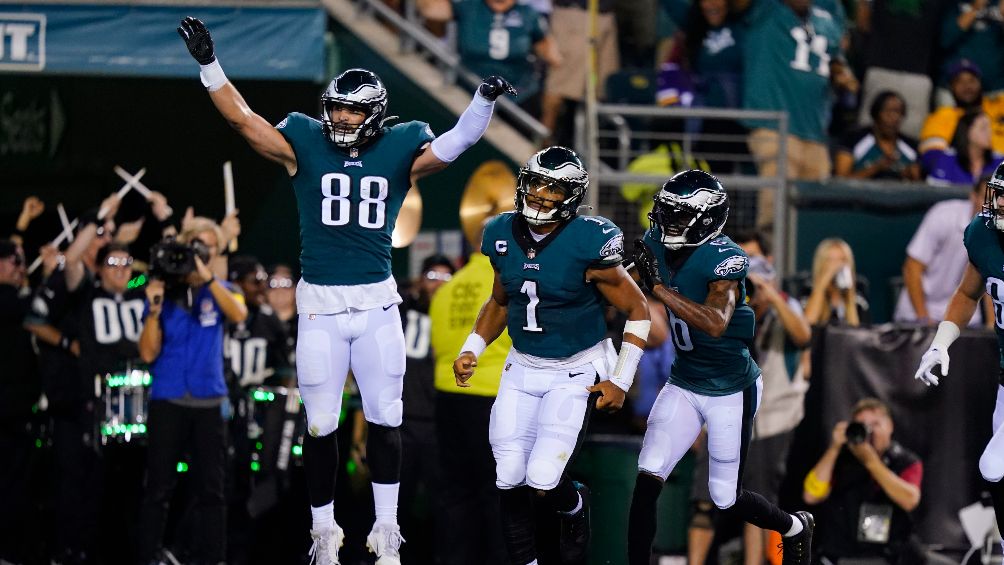 Jalen Hurts had another performance of more than 300 passing yards in the victory of the philadelphia eagles 24-7 over the Minnesota Vikings in the finale of the NFL Week 2.

The Eagles quarterback has become a sensation, since in addition to the 333 passing yards he added, he had 57 more in 11 carries and a total of three touchdowns (two on the ground and one in the air).

The scoring of the match came in the first half of the match, where the Eagles hit first with a three-yard run by Hurts down the middle and with it the locals went up 7-0.

In the second room, Hurts connected on a 53-yard pass to Watkins. and with it, Philadelphia increased its lead 14-0.

Minnesota responded on the next offense with a long drive that ultimately culminated in the pass from the quarterback. Kirk Cousins to Ian Smith to cut cards 14-7.

However, part of the Hurts show was still missing and the Eagles player’s third touchdown came on a 26-yard run straight into the end zone for 21-7. 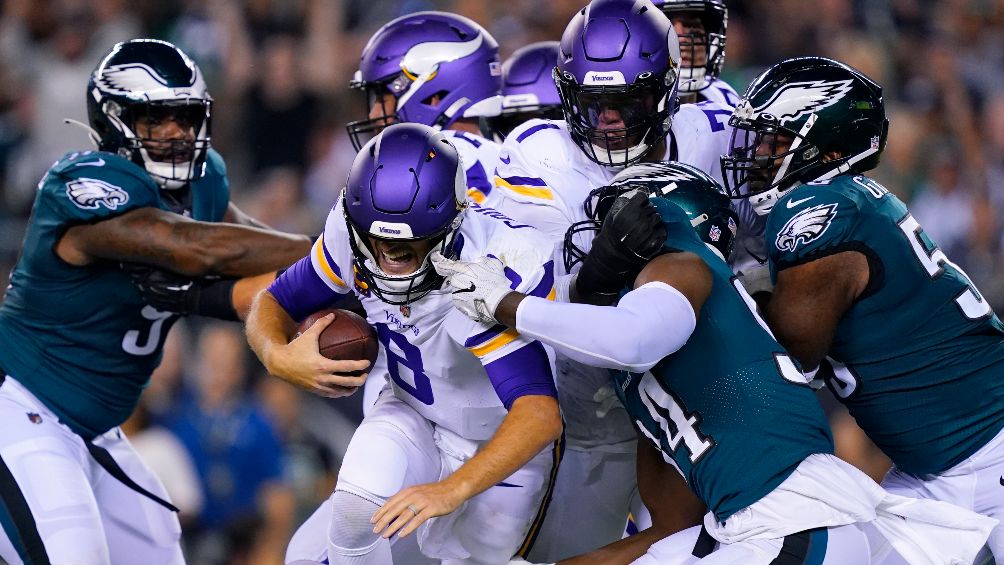 Finally, Jake Elliott he hit a 38-yard field goal and with it sentenced the final 24-7. There were no more points in the second half.

The Philadelphia Eagles went 2-0, while the Minnesota Vikings went 1-1.

YOU MAY ALSO BE INTERESTED IN – NFL: BILLS HUMBLE THE TITANS WITH JOSH ALLEN AND STEFON DIGGS INSPIRED

Tags: NFL: Eagles dominated Vikings and is leader of the National East, last News, Eagles
Wayne Rooney was a fan of Marco Antonio Barrera; woke up drinking in Las Vegas
Holiday stops Smart, Bucks beat Celtics and are one win away from the Final
This is the luxurious ranch of the Mexican boxer
NFL 478

Loading...
Newer Post
Carlos Sainz recognized that racing with Ferrari is a dream and winning is the best
Older Post
The spiral of violence in football is boosted by lukewarm sanctions