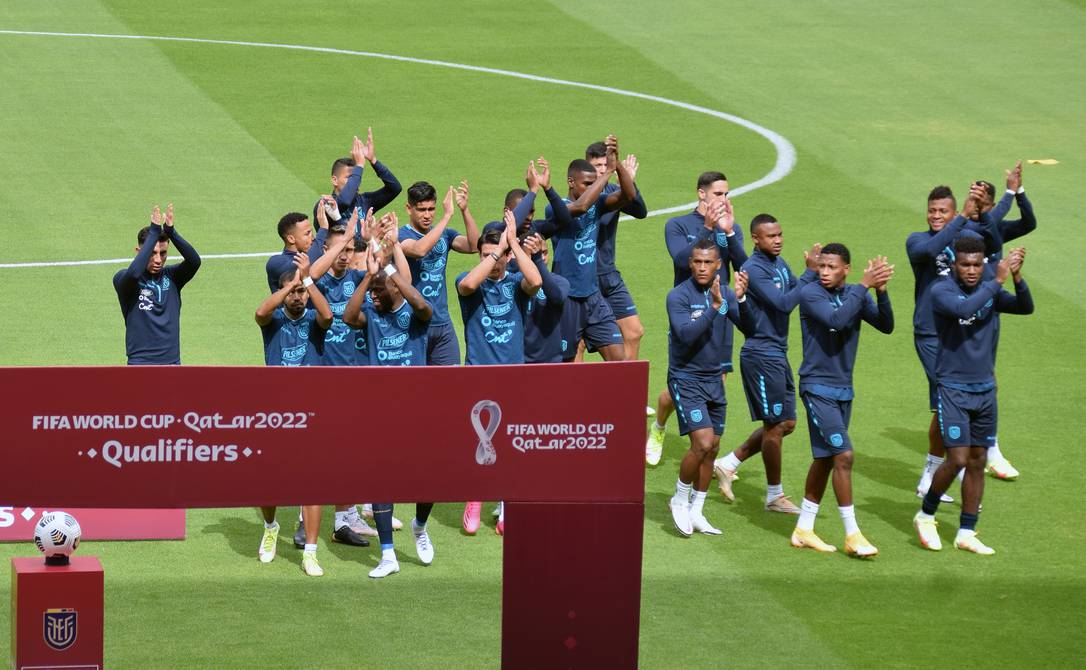 La Tri will measure Venezuela, in Quito, and Chile, in Santiago, on dates 13 and 14 of the World Cup, in search of holding the third place in the s

La Tri will measure Venezuela, in Quito, and Chile, in Santiago, on dates 13 and 14 of the World Cup, in search of holding the third place in the standings

With a roster of 30 players, four of them from among those cited for the last friendly, DT Gustavo Alfaro begins the operation to receive Venezuela and visit Chile on days 13 and 14 of the Qatar 2022 tie.

The defender Christian Cruz (Liga de Quito), the midfielders Janner Corozo (Delfín), Michael Carcelén (Barcelona SC) and the forward Djorkaeff Reasco (Liga) repeat on the roster after their performance in the friendly on October 27 against Mexico, with a 2-1 win, in the United States.

These players, who have their first citation for playoff games in the DT Alfaro era, is joined by an Emelec defender, Jackson Rodríguez (23 years old), who has his first citation to La Tri, the freshest face among those cited by Alfaro.

The payroll also includes the defenders Pervis Estupiñán and Diego Palacios, in addition to the offensive Michael Estrada and Ángel Mena, who by adding two yellow cards will not be able to act against Venezuela, but they will be able to be considered for the duel against the Red.

Low sensitive that of the attacker Enner Valencia, who due to injury was not considered. The Turkish Fenerbahce striker has a ligament injury in his left ankle and will miss the double playoff round in November.

With 30 players, DT Gustavo Alfaro’s roster was structured for the games in Ecuador, against Venezuela and Chile, on dates 13 and 14 of the Qatar 2022 World Cup qualifier. Photo: FEF

La Tri will receive Venezuela at 4:00 p.m. on November 11 at the Rodrigo Paz Delgado stadium, in Quito, and will visit Chile on the 16th. (B)

The internationalization of Mexican soccer advances
Maximum suspense at Old Trafford and in Amsterdam – Soccer
Qatar 2022: The most expensive Eleven to miss the World Cup
FOOTBALL 2701