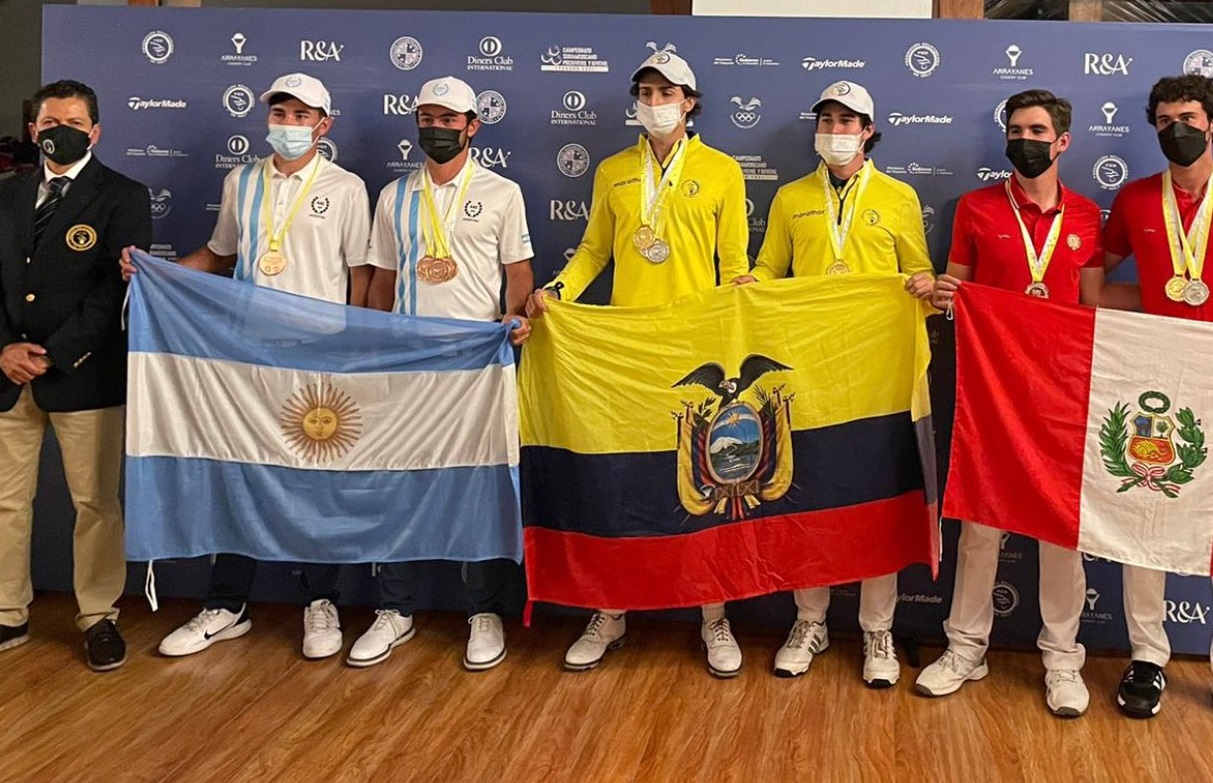 Philippe Thorin and Renato Naula They won the team gold medal in the South American Youth Golf Tournament, which was held at the

Philippe Thorin and Renato Naula They won the team gold medal in the South American Youth Golf Tournament, which was held at the Arrayanes club in Quito. The pair finished with 429 hits.

A Peruvian man Alejandro Ramos was the winner in the individual division with 287 strokes, while the tricolor Thorin got the silver medal -her second personal- with the same number of strokes and the Colombian María José Marín reached gold in the ladies category with 278 strokes.

Thorin was the best Ecuadorian in the competition. His third medal was also won by teams, this time with Isabella Yu Lee. They were second in the youth classification for mixed teams, with a total of 428 strokes.

Ecuador also obtained the bronze medal with the youth team of ladies made up of Valentina Guarderas with Yu Lee.

In the junior category, Paraguayan Franco Fernández took the gold, after completing the course of the court with 284 strokes. His compatriot Erich Fortlage was second with 285 hits.

In ladies Argentina Magdalena Domine she won the tournament with a score of 291 strokes and the Peruvian Ximena Benites was second with 293 strokes.

Rahm remains third, Cantlay closes in and Spieth returns to Top-10
The Real Club Sevilla Golf celebrates its 30th anniversary with a meeting with journalists from Seville
Sergio Garca shines, McIlroy leads and Morikawa approaches the Race to Dubai
GOLF 984